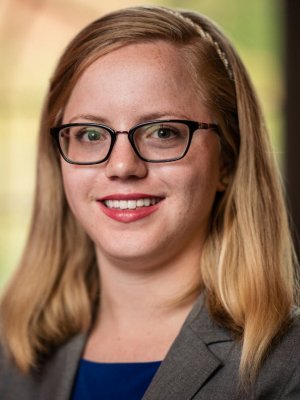 Leslie D. Taylor-Neumann has been a Wealth Advisor since July of 2017 at DiNuzzo Private Wealth, Inc./DiNuzzo Wealth Management which has operated as an SEC Registered Investment Advisory firm since 1989 and currently manages $795 million in assets under management as of December 31, 2020.  Leslie joined the DiNuzzo Private Wealth, Inc./DiNuzzo Wealth Management team as an intern in May of 2015.  In June of 2016, she was hired full-time as a Client Service Advisor, and in July of 2017 Leslie earned the Wealth Advisor position.  Leslie currently has the role of Wealth Planning Team Leader and assists our Wealth Advisors in building each of their client’s DiNuzzo Financial Wellness LifePlan™.

In 2016, Leslie graduated from Robert Morris University (RMU) with a Bachelor of Science in Business Administration degree in Finance.  At RMU, she was the President of the Financial Management Association and the Outdoor Adventure Club.  During her senior year, she served as a mentor for freshman in the RMU Adventure Program.  Leslie continues her education while at the firm as she works toward various financial certifications.  Leslie is a member of the Financial Planning Association (FPA).

Leslie achieved her Chartered Financial Consultant® or ChFC® designation through The American College of Financial Services in September 2020.

Prior to joining DiNuzzo Private Wealth, Inc./DiNuzzo Wealth Management, Leslie worked as a staff manager, photographer and cashier for World Wide Photography.  She also worked as an Administrative Assistant for the Union Rescue Mission, a non-profit homeless shelter.

Leslie was born in Cumberland, Maryland and was raised in Bedford, Pennsylvania.  She spends her free time practicing yoga, snowboarding and enjoying outdoor sports with her husband, Daniel.  Leslie and Daniel were married in December of 2017, they reside in Cumberland, Maryland, and Leslie maintains a duel residence in Beaver, PA.  Leslie states her family as her biggest support system.