Nobody knows why the S&P 500 index declined more than 11% in October; the largest decline since, well, earlier this year.

But experienced investors know that these declines are not unusual.  Since March 2009, the U.S. stock market has seen 23 pullbacks greater than 5%; eight greater than 10%.  You can see all of them on the accompanying chart; on average, these pullbacks have lasted 42 days and dropped prices by 9.3%.  And this is during a very long bull market! 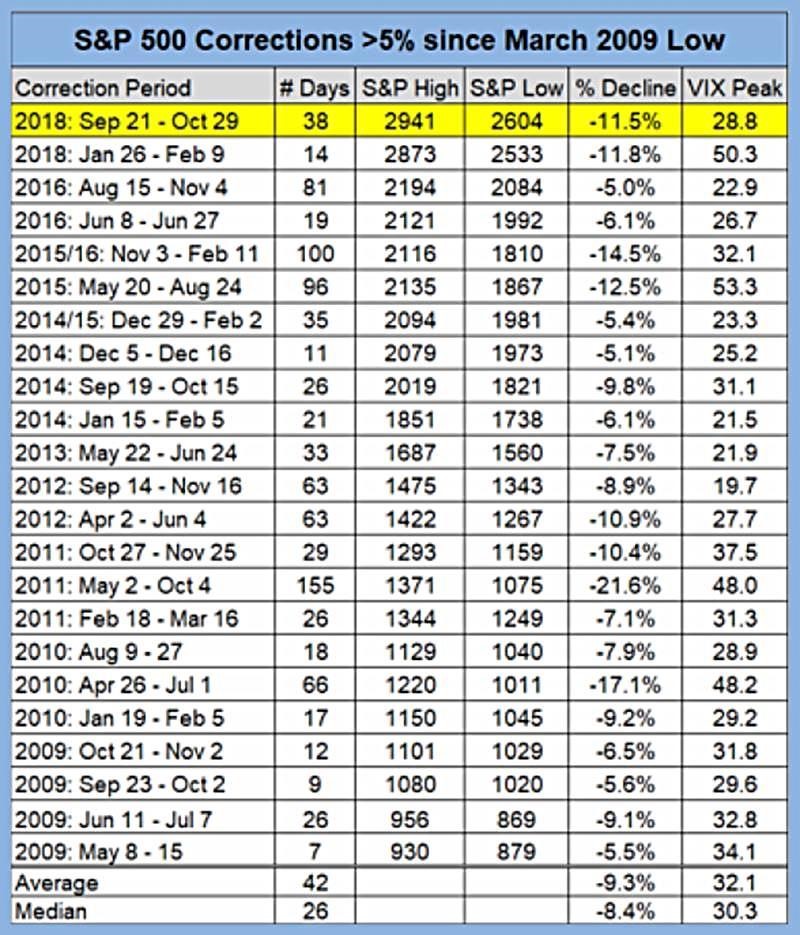 Is there a lesson here?  Alas, we can't extrapolate the short-term future from these statistics.  When stocks go on sale, it is often difficult to determine whether they will become even better bargains in the days ahead.