The recent turmoil in the investment markets might cause one to think that people have lost money this year in U.S. stocks.

But in fact, most of the U.S. indices are sitting on double-digit gains, and the second quarter actually added to those gains.

Small company stocks, as measured by the Wilshire U.S. Small-Cap, gained 2.80% in the second quarter; with the first quarter gains, the index is up 16.28% so far this year.  The comparable Russell 2000 small-cap index was up 3.08% in the second three months of the year, posting a 15.86% gain in the year's first half.  The technology-heavy Nasdaq Composite Index was up 4.15% for the quarter, and has gained 12.71% for its investors so far this year.

The rest of the world is not doing as well.   The broad-based EAFE index of larger foreign companies in developed economies fell 2.11% in dollar terms during the second quarter of the year, and is up just 2.18% so far this year.  The stocks across the Eurozone economies fell 0.20%, and are now down 1.48% for the first half of the year.

The news was much worse for emerging markets stocks, which have been touted as the world's engine of growth.  The EAFE Emerging Markets index of lesser-developed economies plunged 9.14% for the quarter, and is now down 10.89% for the year.

Looking over the other investment categories, real estate investments, as measured by the Wilshire REIT index, fell 1.39% for the quarter, though it is still standing at a 5.94% gain for the year.  Commodities, as measured by the S&P GSCI index, fell 5.93% this past quarter, taking them down 5.41% for the year.  Gold recently hit its lowest settlement price since August of 2010.

Bonds experienced a very difficult first half of the year, with much of the damage coming in the past 30 days.  The Barclay's Global Aggregate bond index is down 4.83% so far this year, and the U.S. Aggregate index has lost 2.44% of its value in the same time period.

Higher yields, of course, means a decline in value for those holding the bonds; in aggregate, government bonds with maturities of 10 years or longer lost an average of 10.8% of their value since the beginning of May.  This was a shock for investors who saw Treasury market gains of 32.9% in 2011 and 11.7% in 2010.  The decline in bond values has caused investors to sell a record $76.5 billion worth of bond funds during the month of June.

Meanwhile, 3-month Treasuries have held their value, and have actually seen their yield go down, resting at 0.03%.  But rates are still remarkably low.  Lending the government a hundred dollars for a year (buying 12-month Treasuries) will now yield you a princely sum of 14 cents in returns.

The economic news has been mixed; Europe, particularly Southern Europe, is still mired in recession, and there has been turmoil in China as the country's leaders try to rein in the so-called "shadow banking system"--meaning lenders who are not officially sanctioned banks.  In the U.S., home prices experienced the largest price rise in the history of the S&P/Case-Shiller price index in April, and over the past year, the index tells us that home prices have risen 12.1%.

This is the kind of market environment that many professional advisors least enjoy--for a variety of reasons.  First, the turmoil over the past month makes it clear that investors are making investment decisions--and moving market prices--based on emotions rather than logic.  The initial panic following Fed Chairman Ben Bernanke's comments about ending its QE3 stimulus program seems to have subsided.  But when market values drop precipitously based on a single speech about a hypothetical Fed action that would only be taken due to improved fundamentals, you know that investors are not thinking rationally.

The other reason professional advisors dislike the current state of the markets is the way diversification looks right now. Whenever U.S. stocks are delivering positive returns while everything else--international stocks, bonds, real estate, commodities and all the other pieces of a prudently constructed portfolio--are going in the tank, investors will ask questions like: "The S&P 500 is up 14% so far this year, but my portfolio is only up 6%.  What are you doing wrong?"

The truth is, no professional can pick the one winning asset out of the myriad of options every year (or half year), and no prudent professional would ever try.  There will always be one asset that returns more than the others, and that winning asset will always be different.  Yet American investors hear about the S&P 500 (and the Dow, and other U.S. large stock indices) on the nightly news, so they are most likely to question the competence (or sanity) of their advisor when the U.S. stock markets are booming and everything else is lagging--exactly the situation we have today.

Eventually, some other investment will take the lead, diversified portfolios will look better relative to the U.S. stock indices, and professional advisors will look like geniuses.  That, too, will be a naive view of the situation, but it will be a more pleasant one for those of us who believe in the long-term value of diversification. 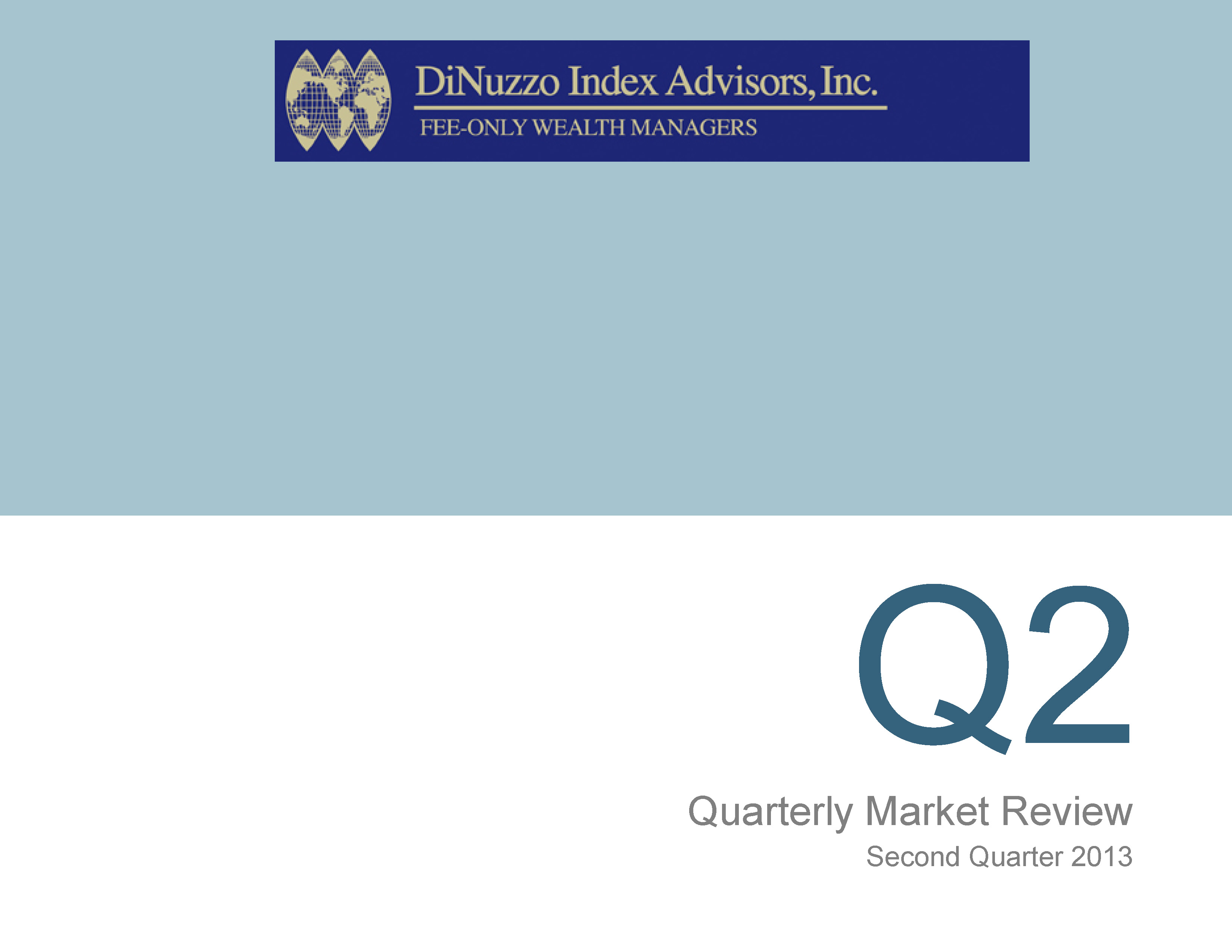 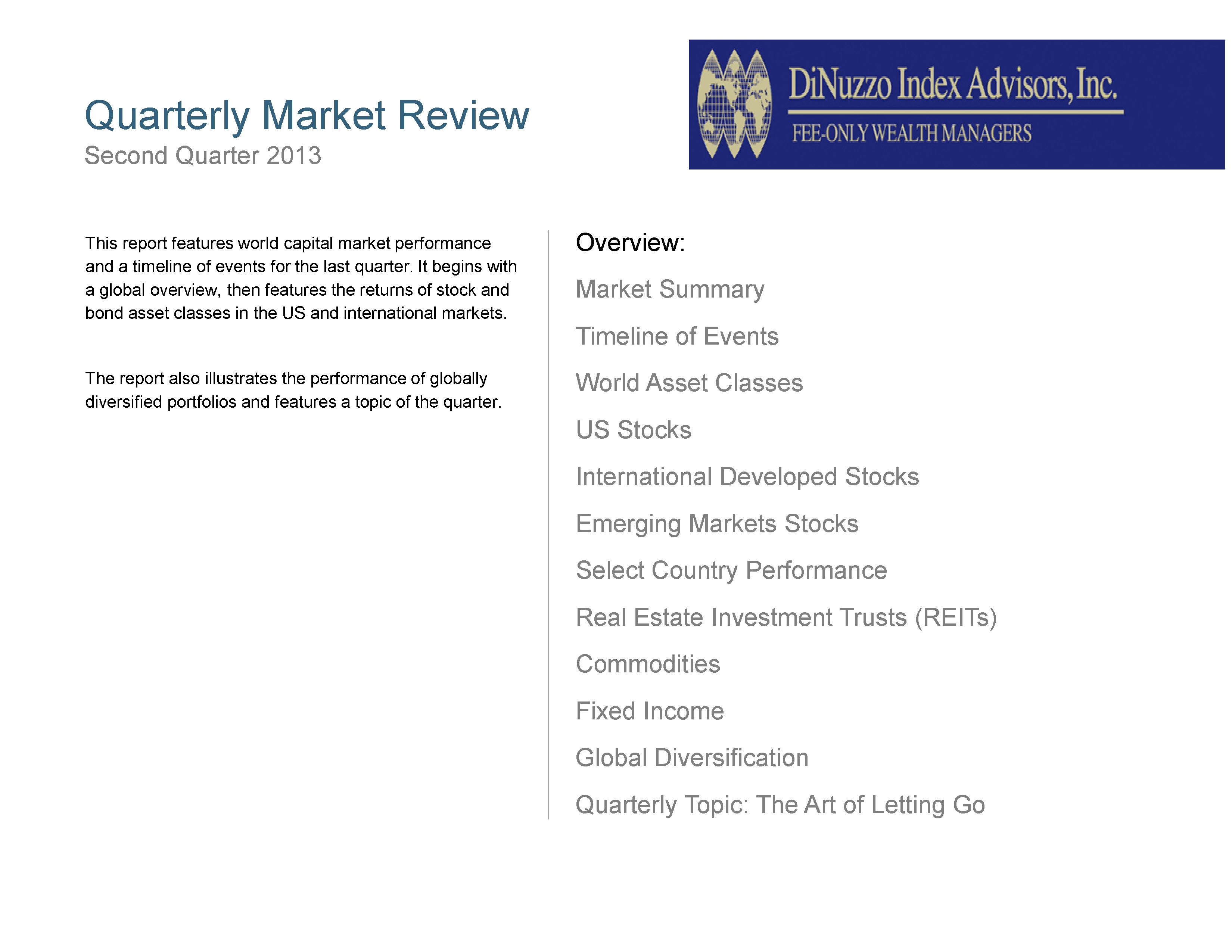 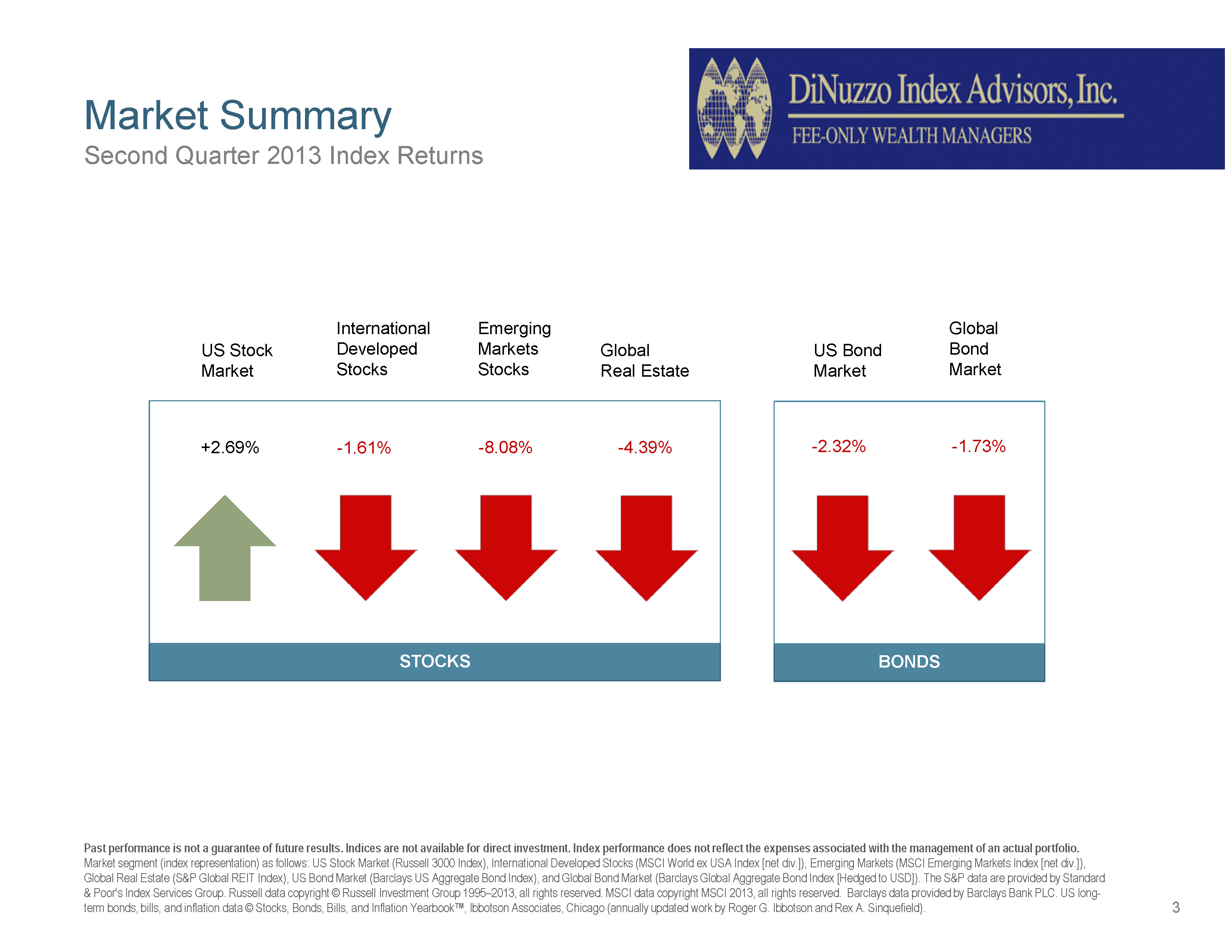 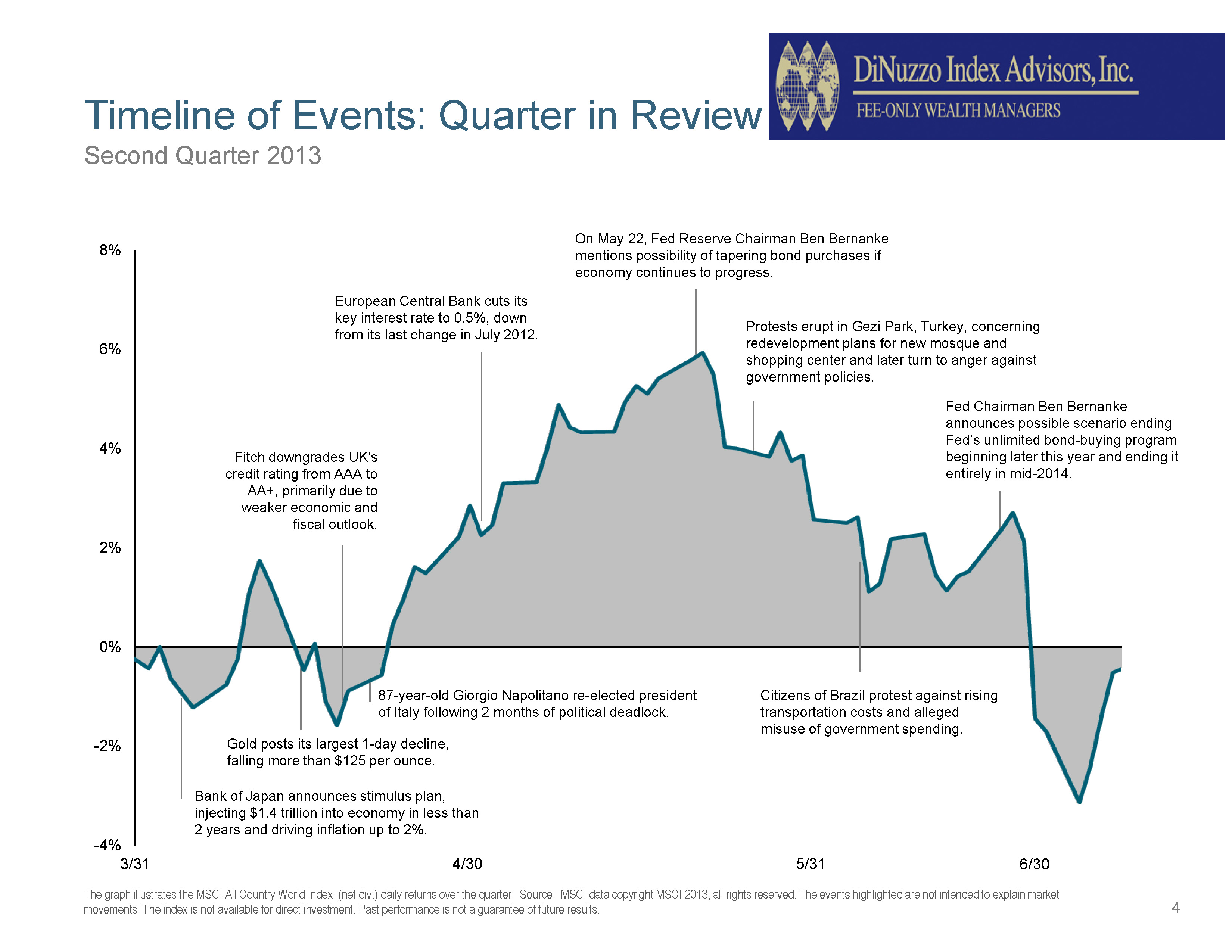 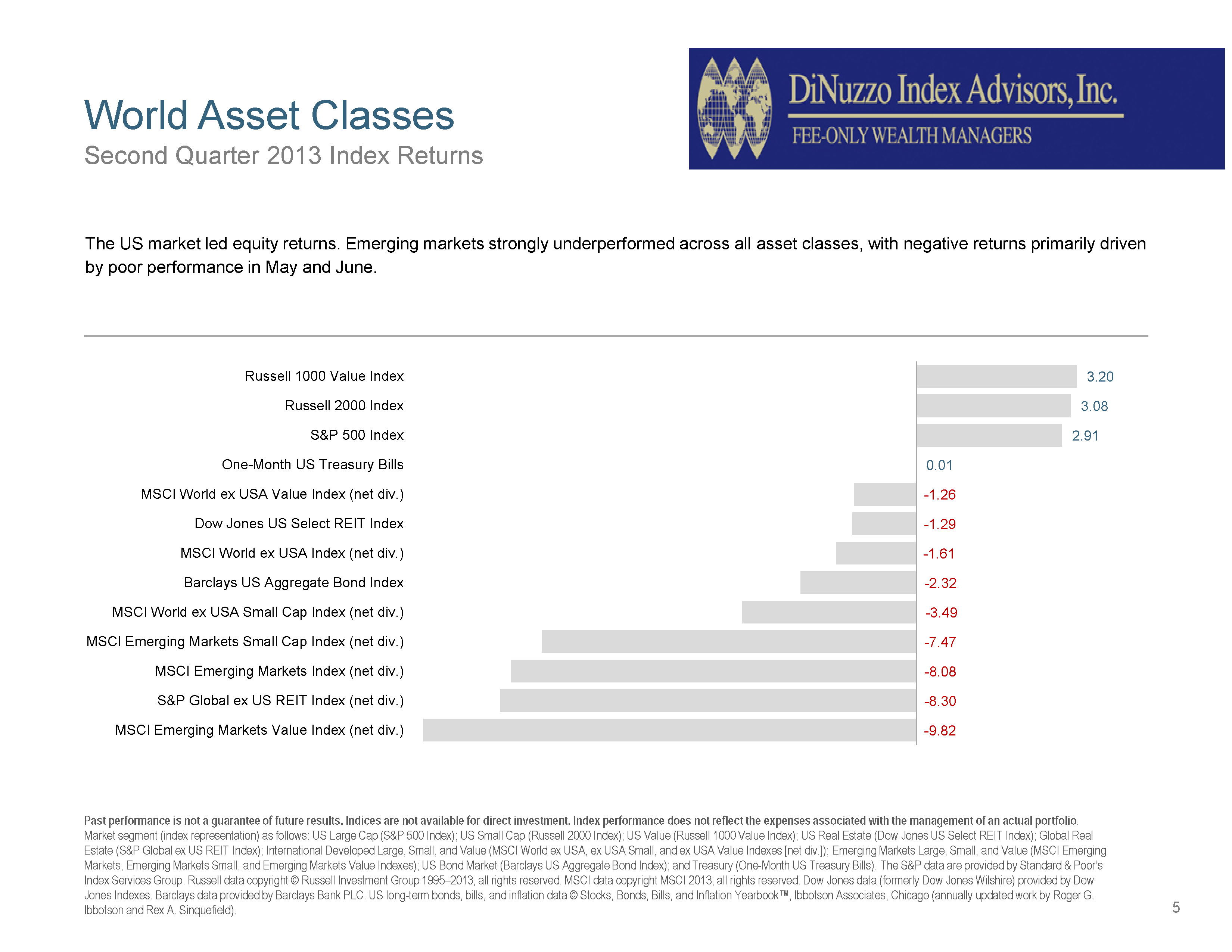 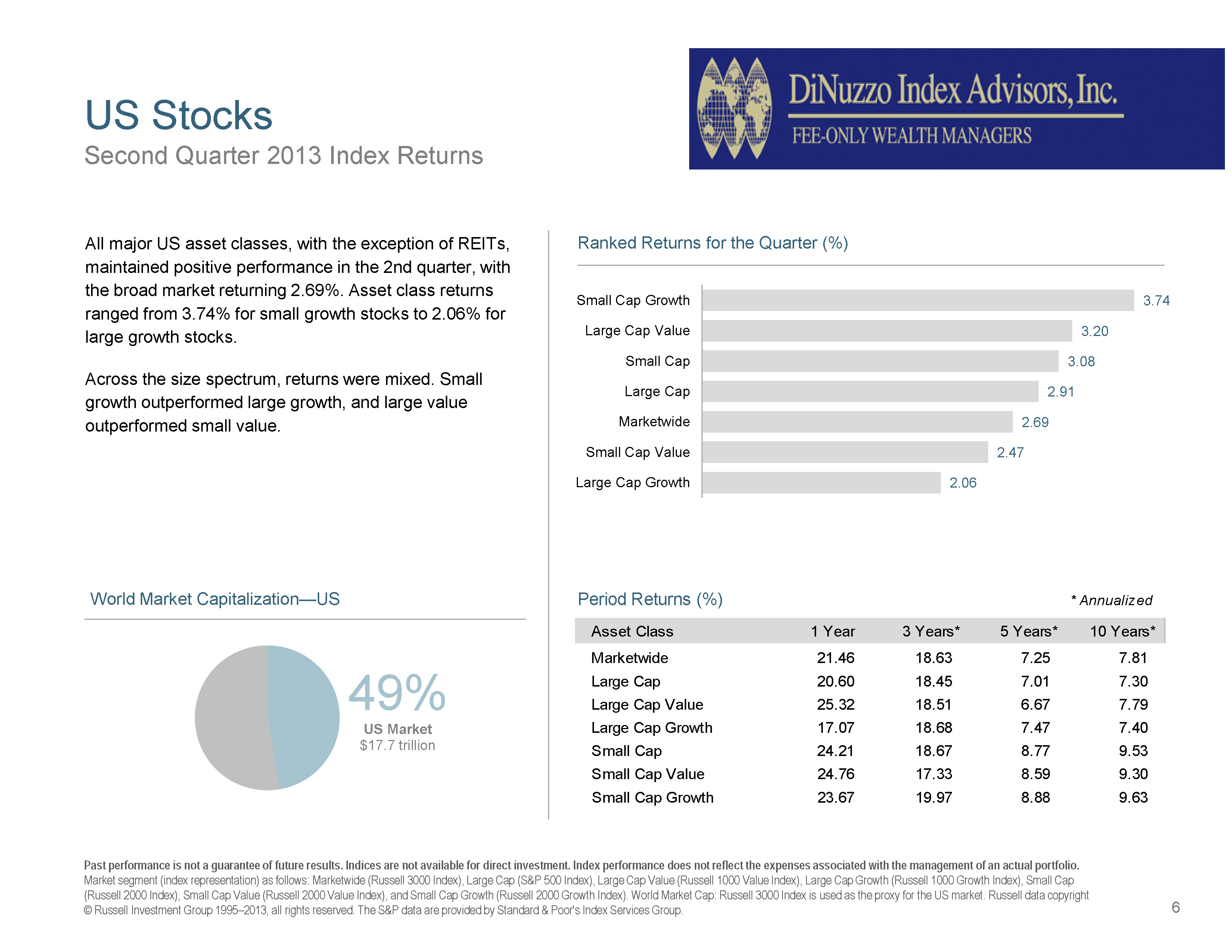 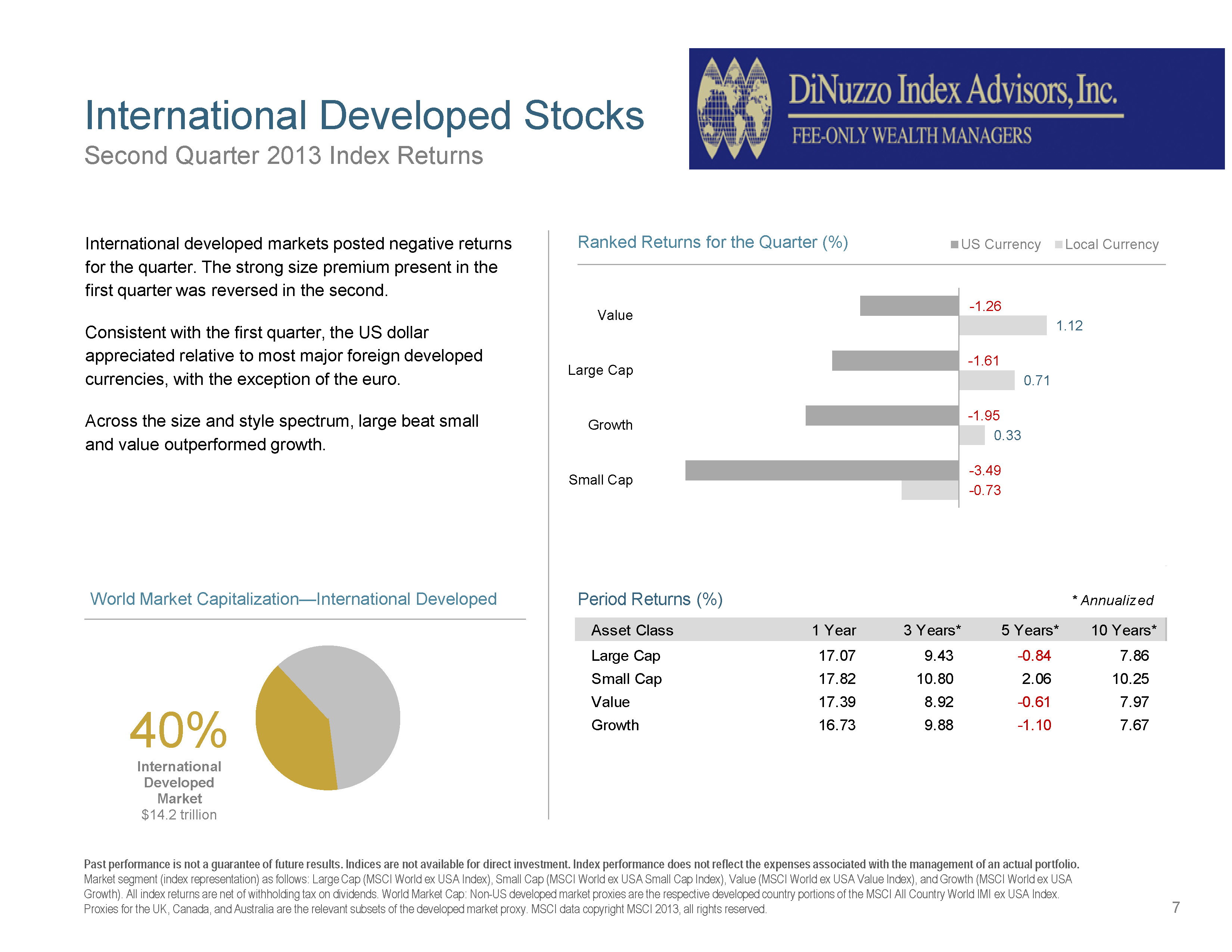 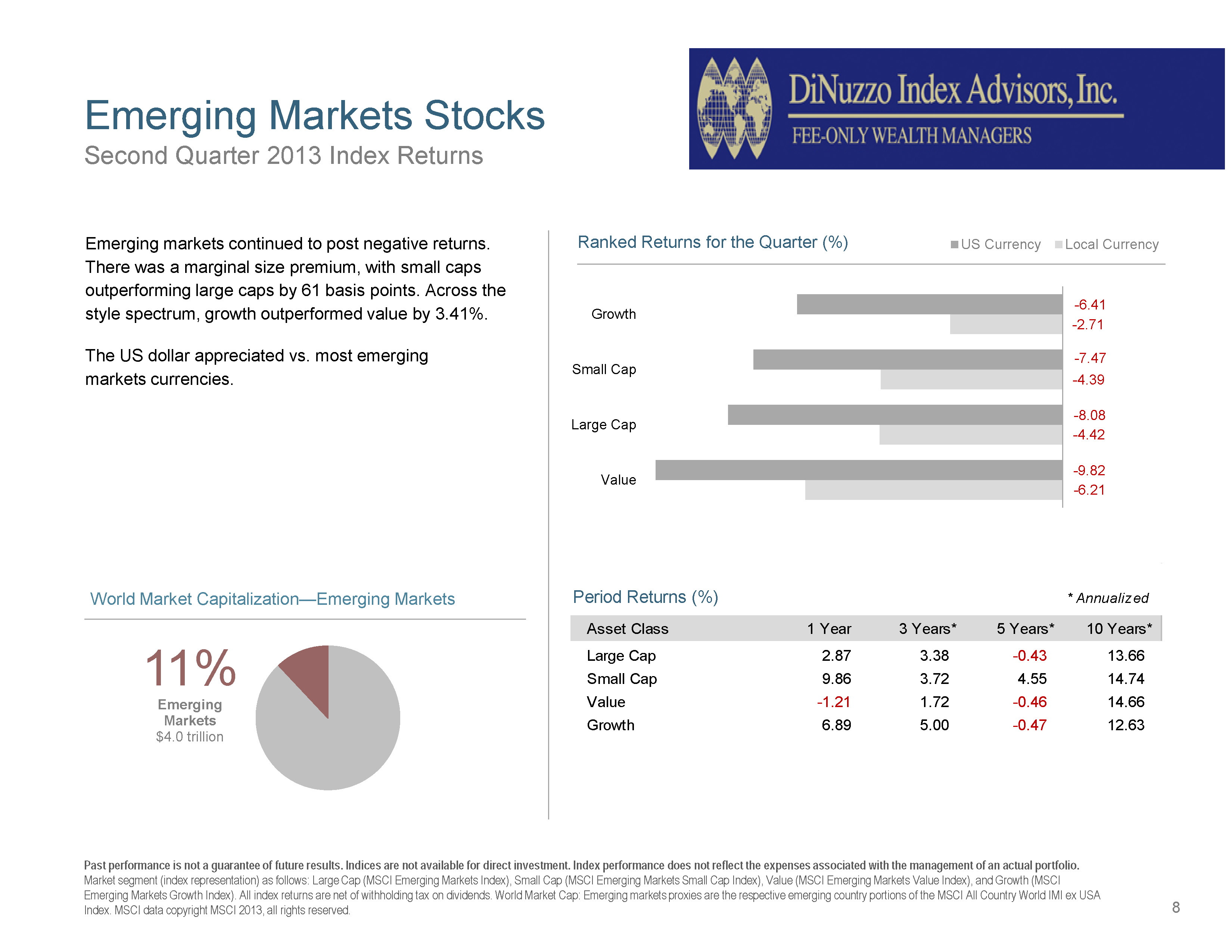 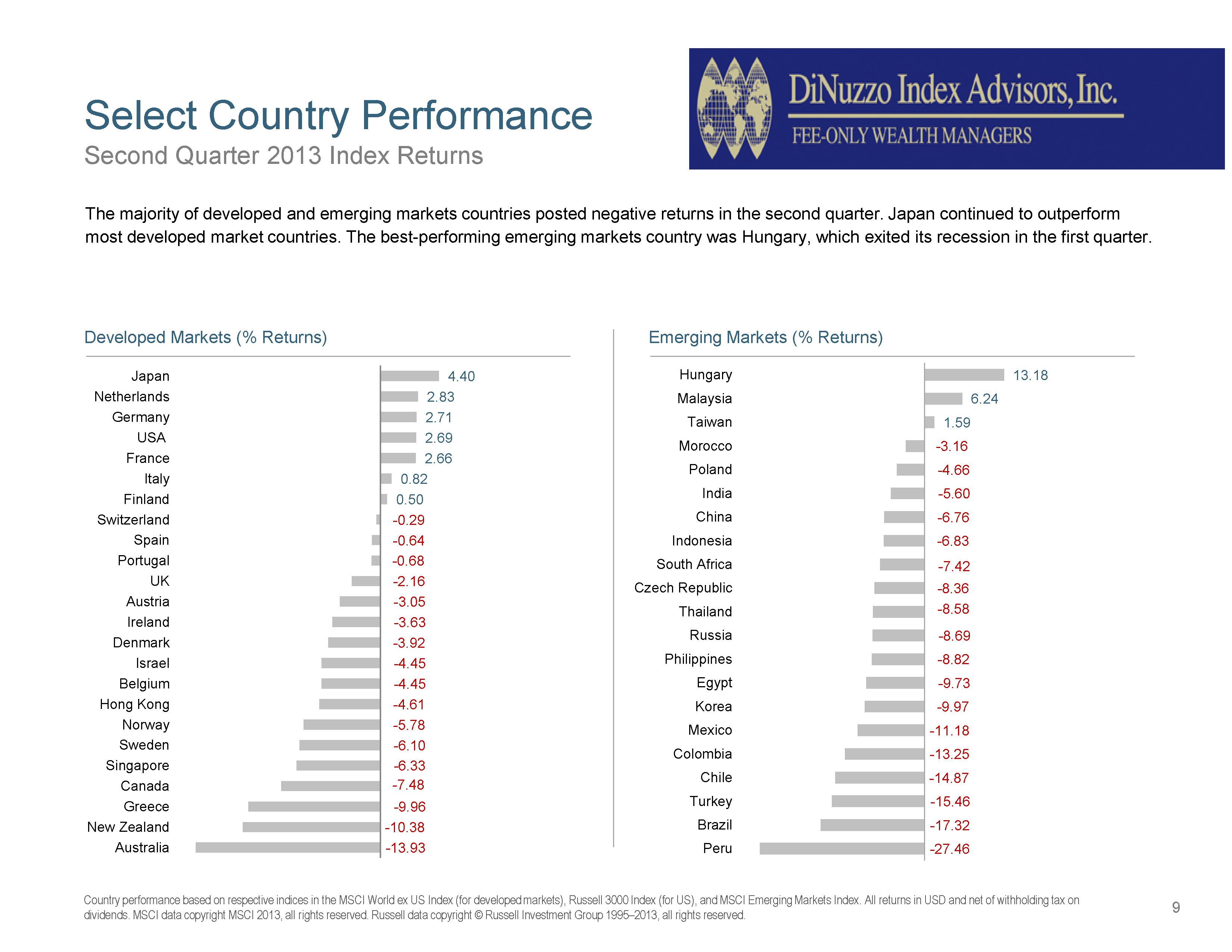 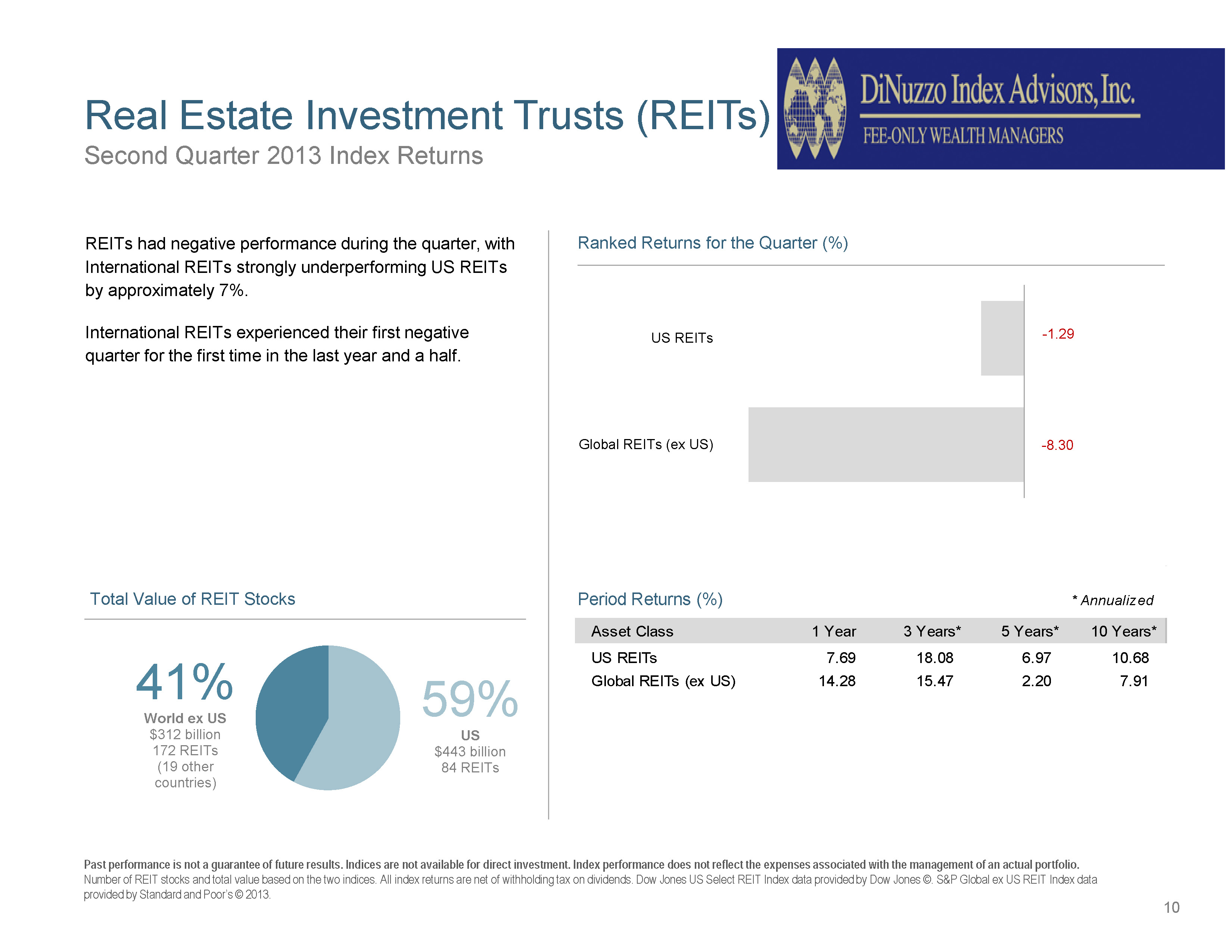 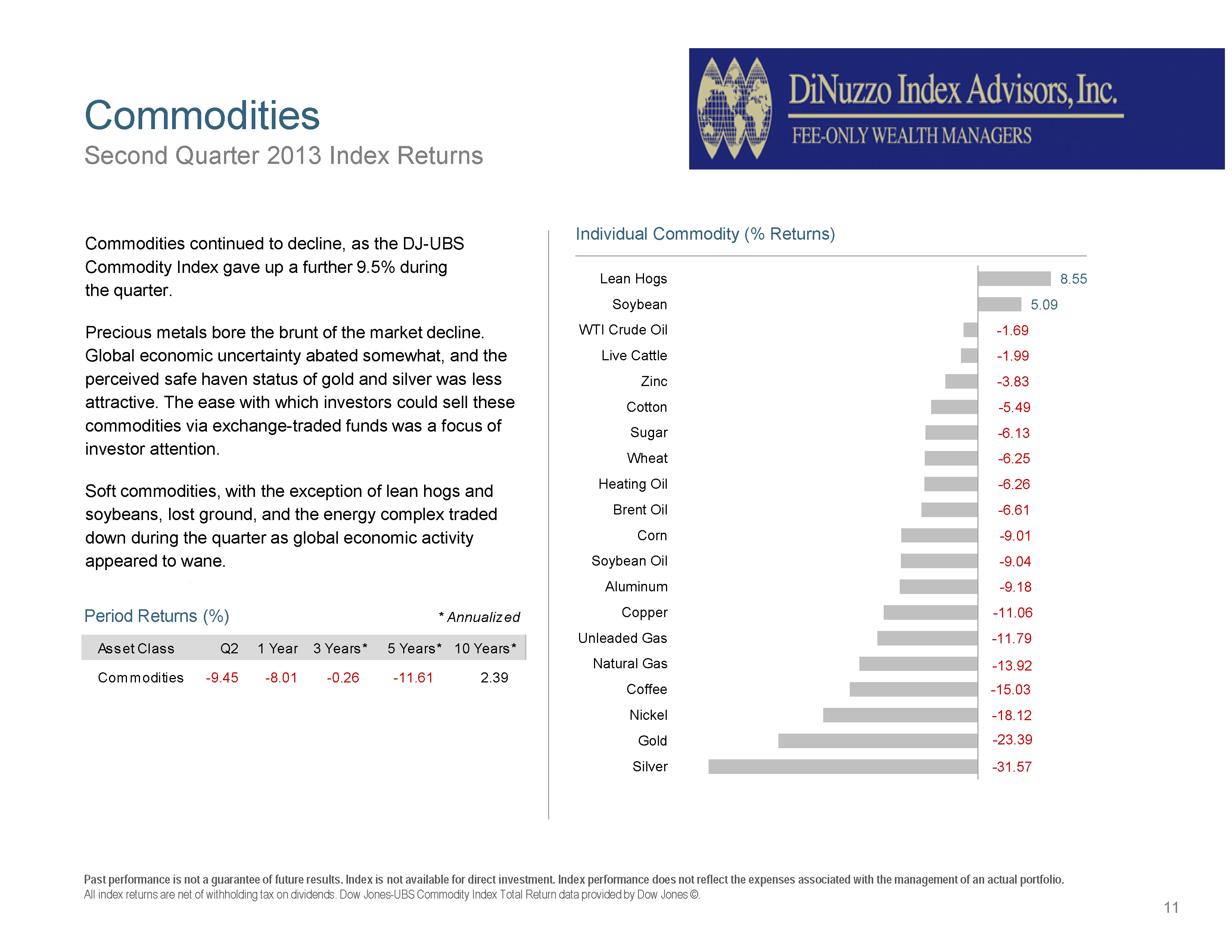 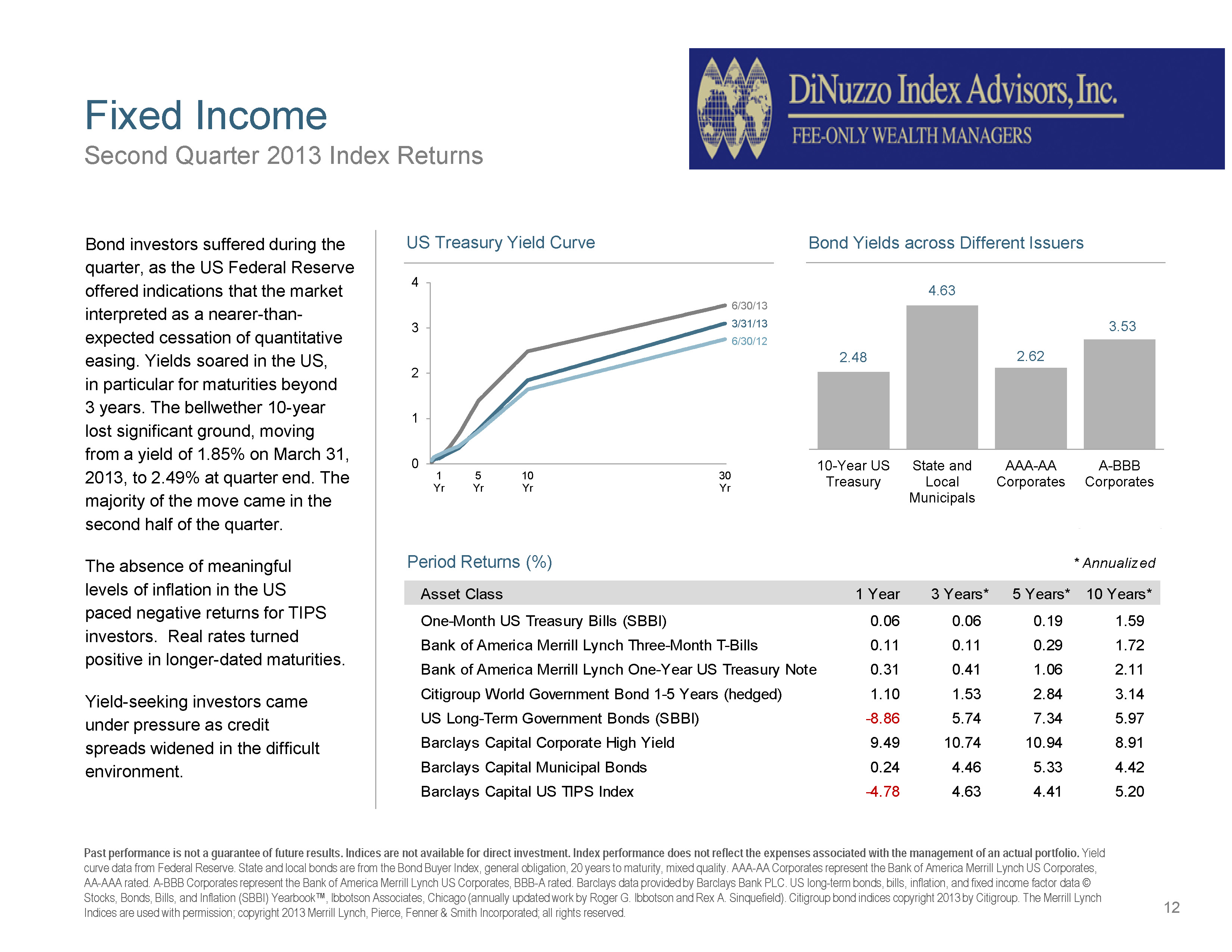 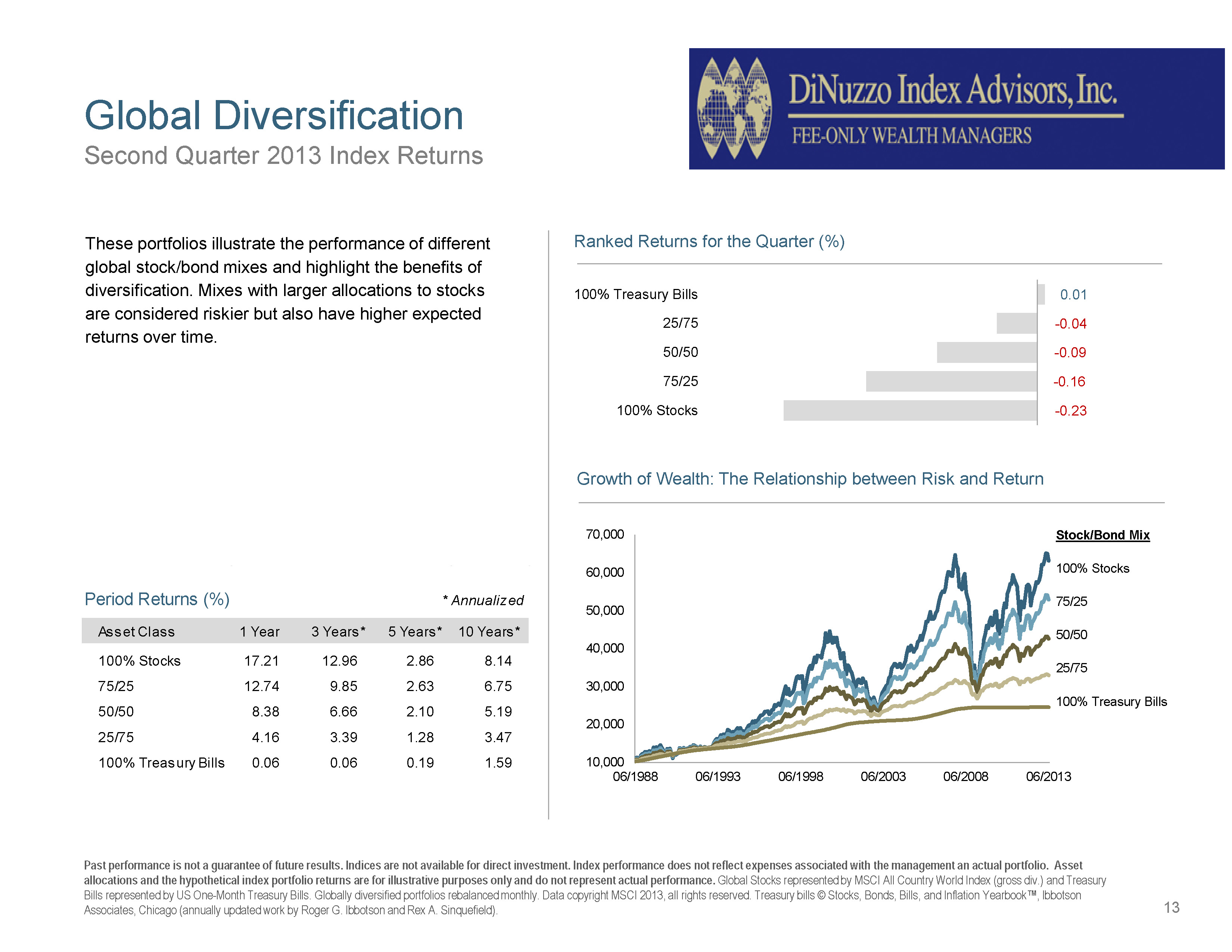 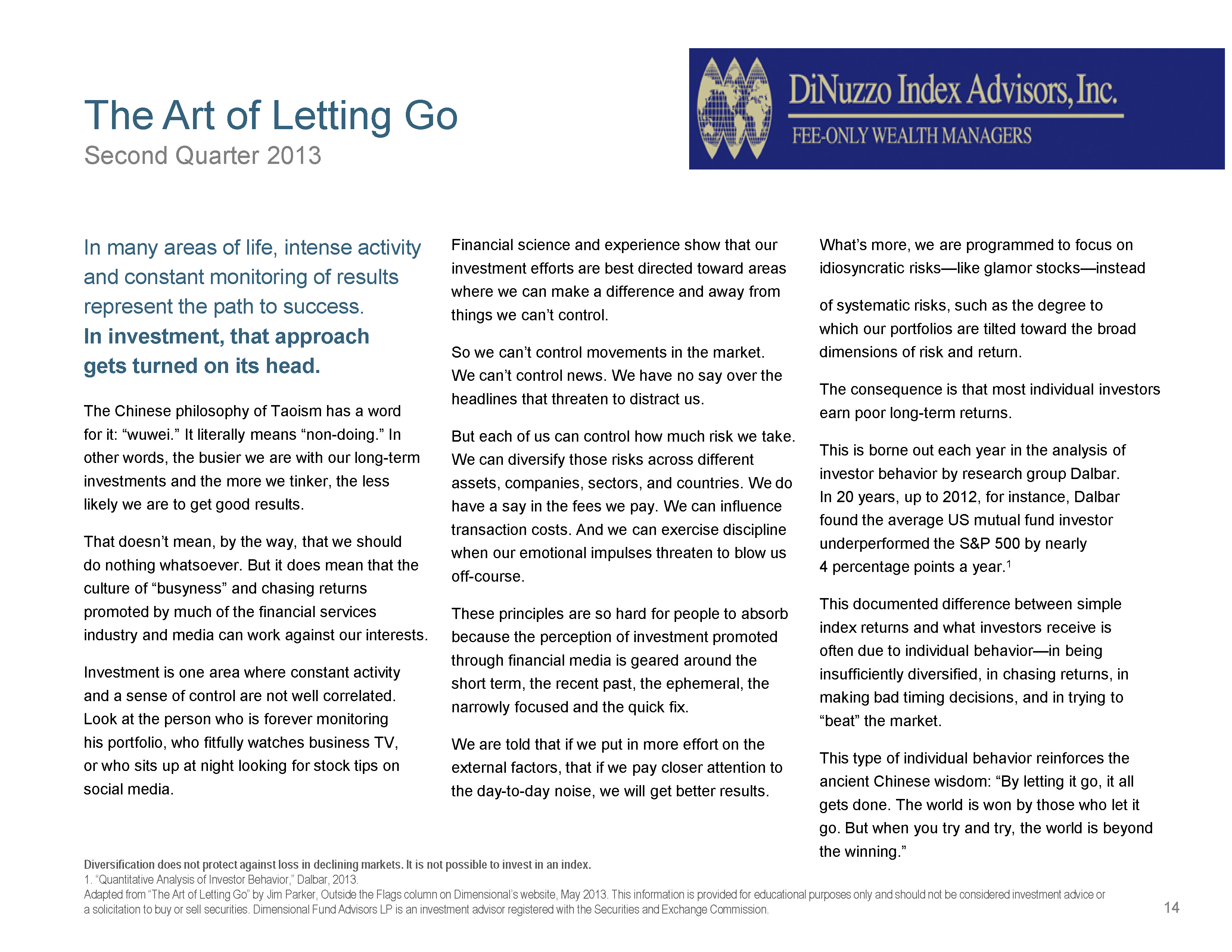