The last few years of a bull market are always a bit of a mystery to professional investors; the market rises faster than it did in the early, cautious years when nobody believed there WAS a bull market, even though there appear to be fewer fundamental or economic reasons for it.  The current bull market churns on, even if nobody can explain it, and people who bail out in anticipation of a downturn do so at the risk of missing out on an untold number of months or years of gains.

A breakdown shows that just about everything gained at least modestly in value these last three months.  The Wilshire 5000 Total Market Index-the broadest measure of U.S. stocks-rose 4.59% for the most recent quarter, finishing the first three fourths of the year up 13.72%.  The comparable Russell 3000 index is up 13.91% for the year so far.

As nice as the returns have been domestically, international stocks this year have been even kinder to investment portfolios.  The broad-based EAFE index of companies in developed foreign economies gained 4.81% in the recent quarter, and is now up 17.21% in dollar terms for the first nine months of calendar 2017.  In aggregate, European stocks have gone up 19.87% so far this year, while EAFE's Far East Index has gained 12.31%.  Emerging market stocks of less developed countries, as represented by the EAFE EM index, rose 7.02% in the third quarter, giving these very small components of most investment portfolios a remarkable 25.45% gain for the year so far.

Looking over the other investment categories, real estate, as measured by the Wilshire U.S. REIT index, posted a meager 0.61% gain during the year's third quarter, and is now up 2.44% for the year so far.  The S&P GSCI index, which measures commodities returns, gained 7.22% for the quarter but is still down 3.76% for the year.

In the bond markets, you know the story: coupon rates on 10-year Treasury bonds have risen incrementally from 2.30% at this point three months ago to a roaring 2.33%, while 30-year government bond yields have also risen incrementally, from 2.83% to 2.86%.

One might imagine that the uncertainties around government policy and fundamental economic issues (failed attempts to repeal the Affordable Care Act and a new promise to write a new tax code, for example) would spook investors, and if those weren't scary enough, there's the nuclear sabre rattling sound coming from North Korea.

Hurricanes have disrupted economic activity in Houston and large swaths of Florida, while Puerto Rico lies in ruins.  Yet the bull market sails on unperturbed.

How can this be?  Because if you look past the headlines, the underlying fundamentals of our economy are still remarkably solid this deep into our long, slow economic expansion.  Corporations reported a better-than-expected second quarter earnings season, with adjusted pretax profits reaching an annualized $2.12 trillion-which means that American business is still on sound footing.  Unemployment continues to trend slowly downward and wages even more slowly upward.  The economy as a whole grew at a 3.1% annualized rate in the second quarter, which is at least a percentage point higher than the recent averages and marks the fastest quarterly growth in two years.  There is hope that the new tax package will prove as business-friendly as the Trump Administration is promising.

Economists tell us that the multiple whack of hurricane damage will slow down economic growth figures for the third quarter, although the building boom fueled by the destruction will mitigate that somewhat.  There are no economic indicators that would signal a recession on the near horizon, and one of the potential panic triggers-a Federal Reserve Board decision to recklessly raise interest rates-seems unlikely given the Fed's extremely cautious approach so far.

Meanwhile, as you can see from the accompanying chart, fourth quarters have historically been kind to investors-much kinder than third quarters. 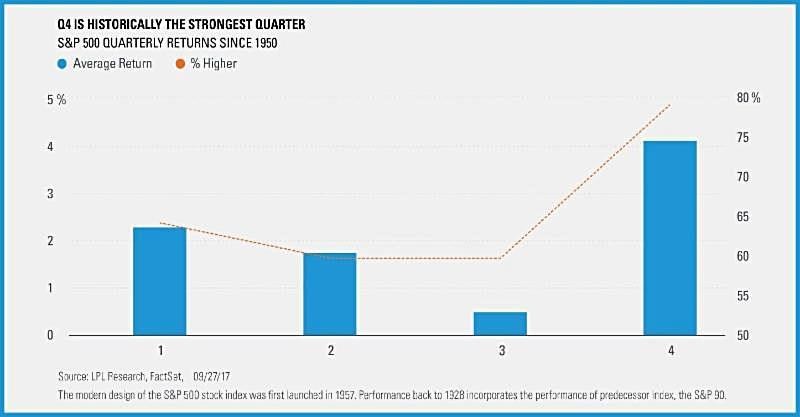 There are still potential speed-bumps down the road.  The Trump Administration has threatened multiple trade wars with America's major trading partners: the NAFTA members Canada and Mexico, and with China.  Tight immigration rules could lead to limited labor supplies.

But it's hard to be pessimistic when your portfolio seems to grow incrementally every quarter.  The current 12-year stretch of economic growth below 3% a year is America's longest on record.  But if the U.S. charts a prudent economic course, it's possible that the current expansion could at least set new records for longevity. 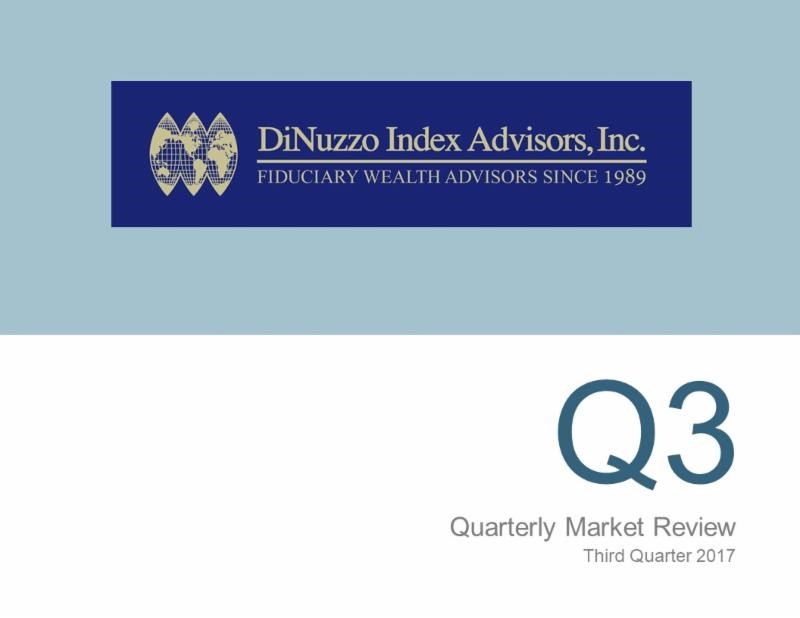 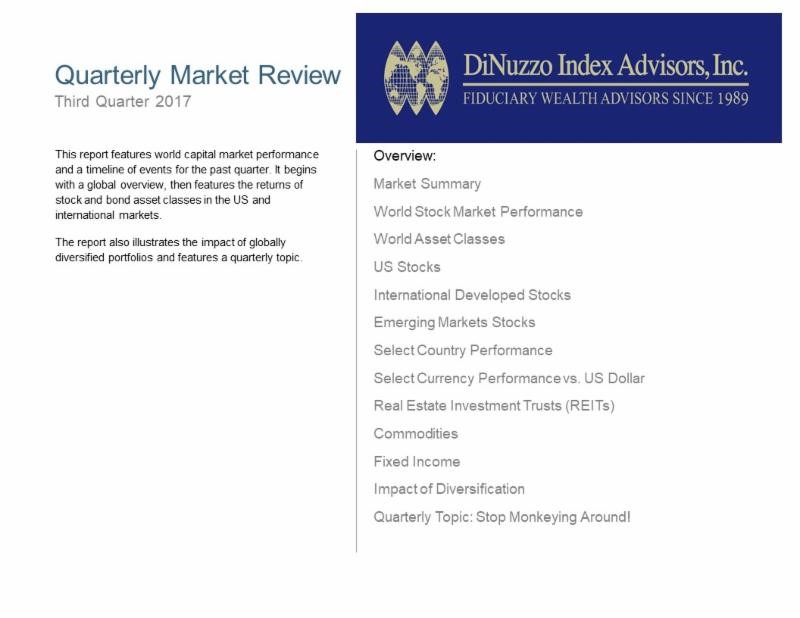 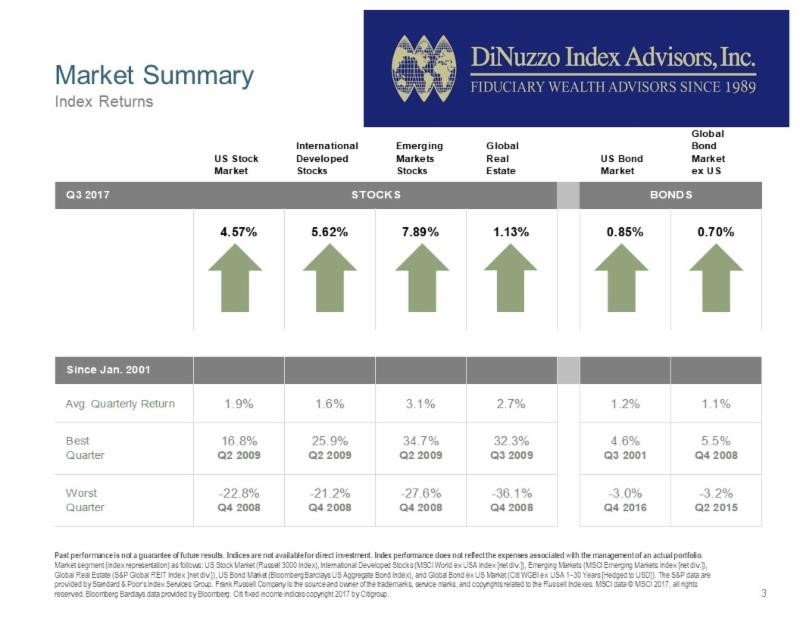 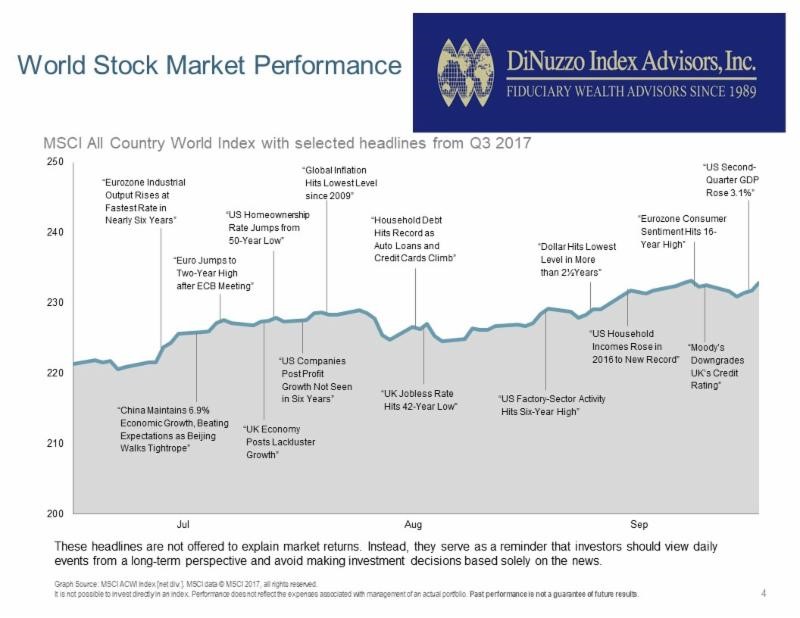 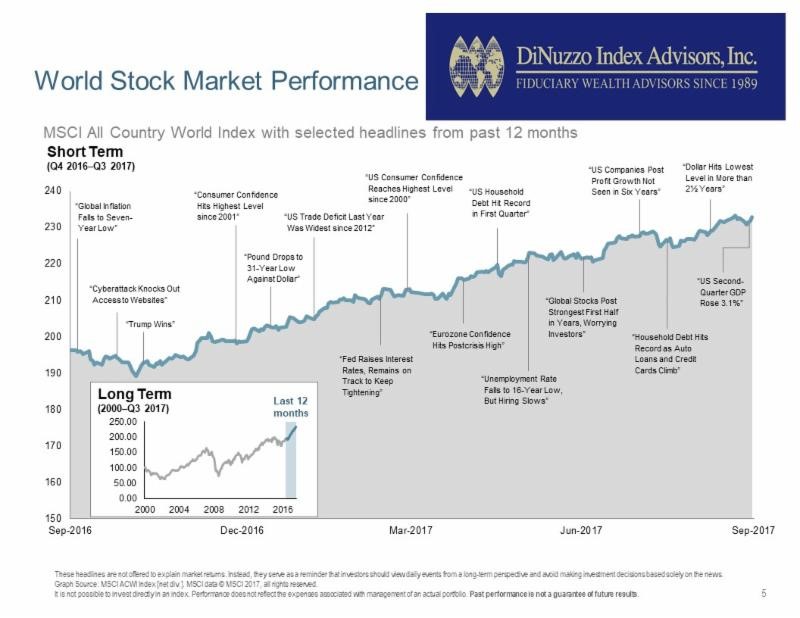 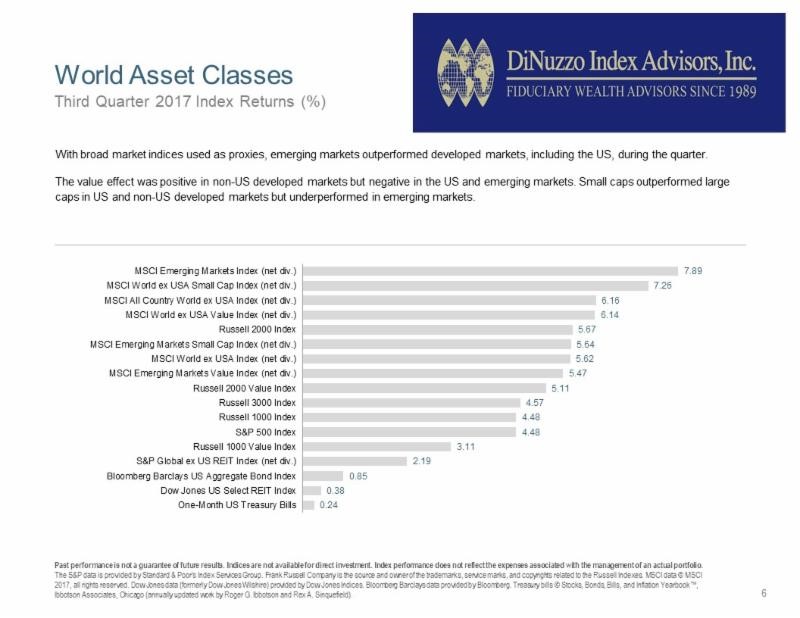 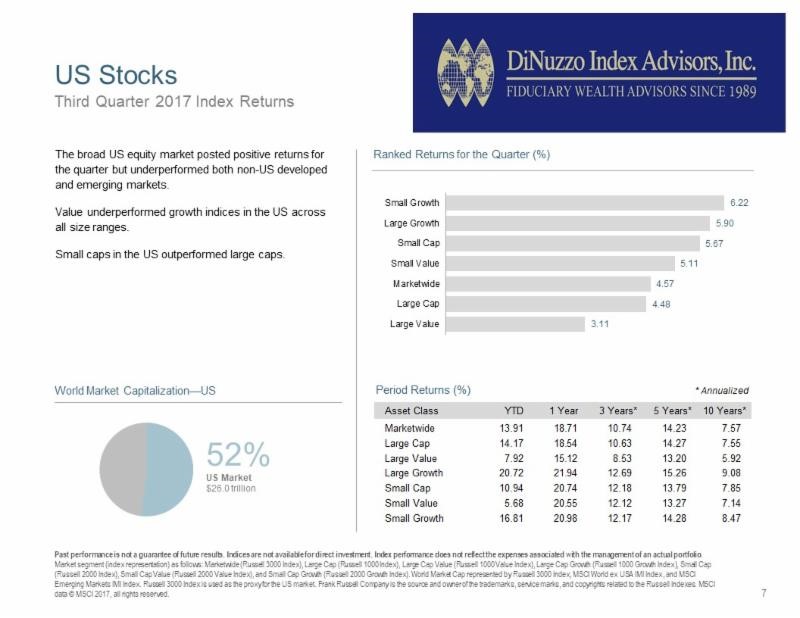 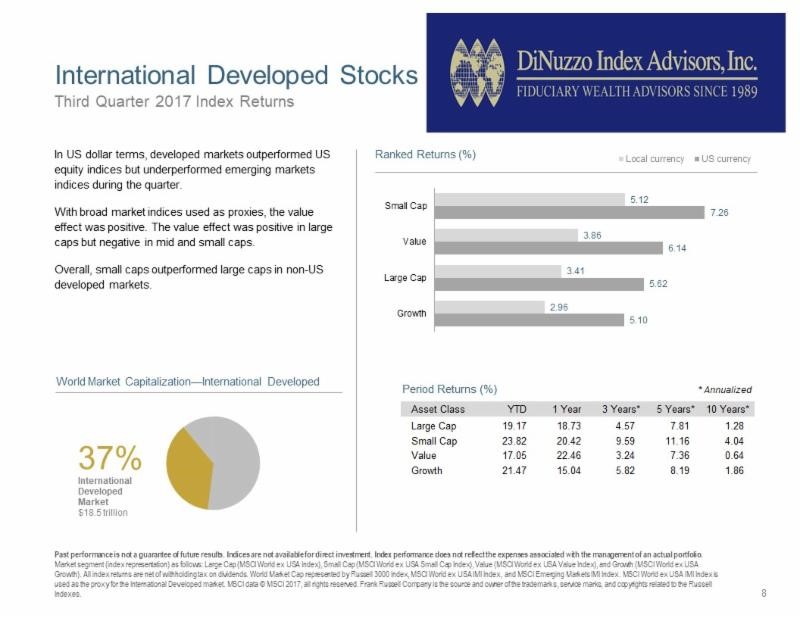 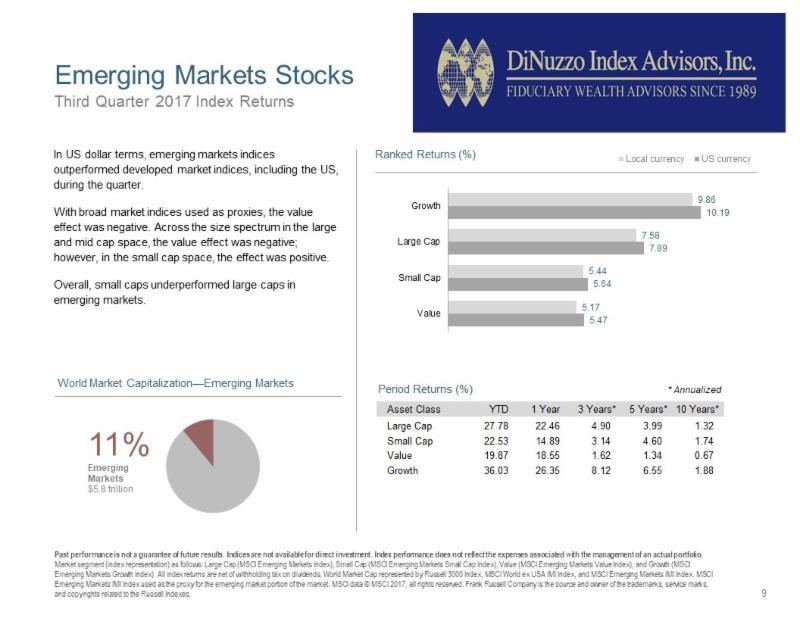 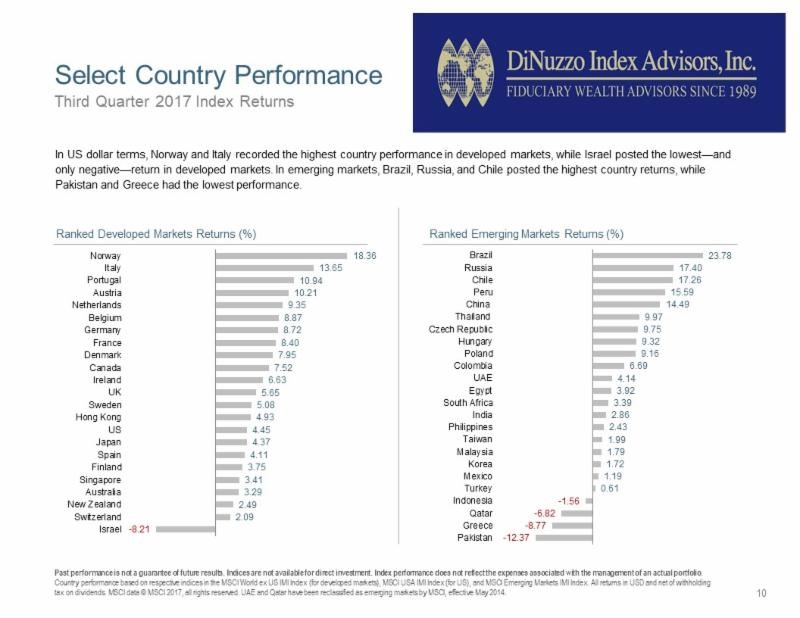 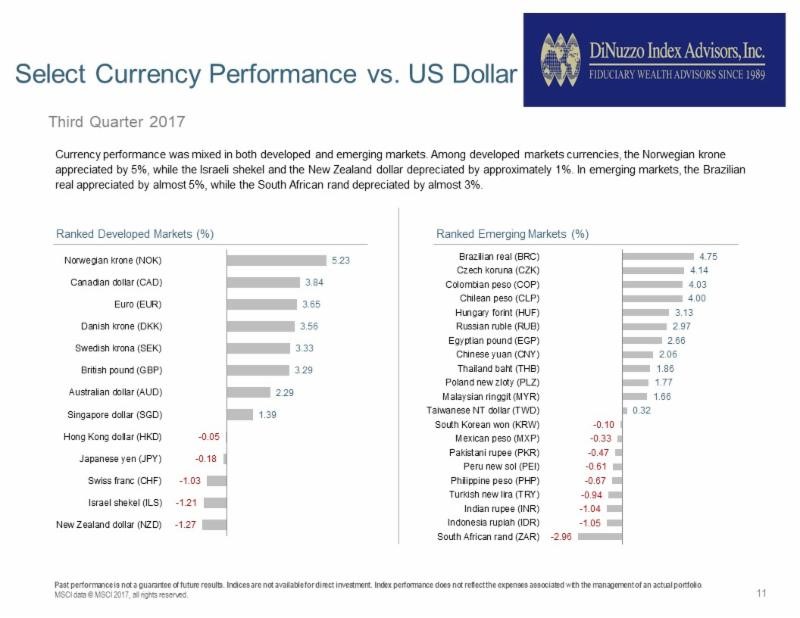 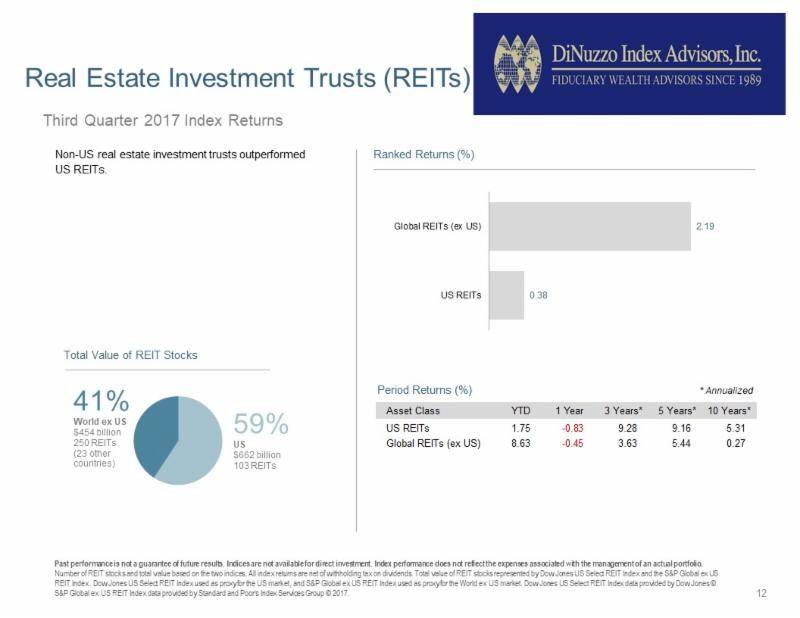 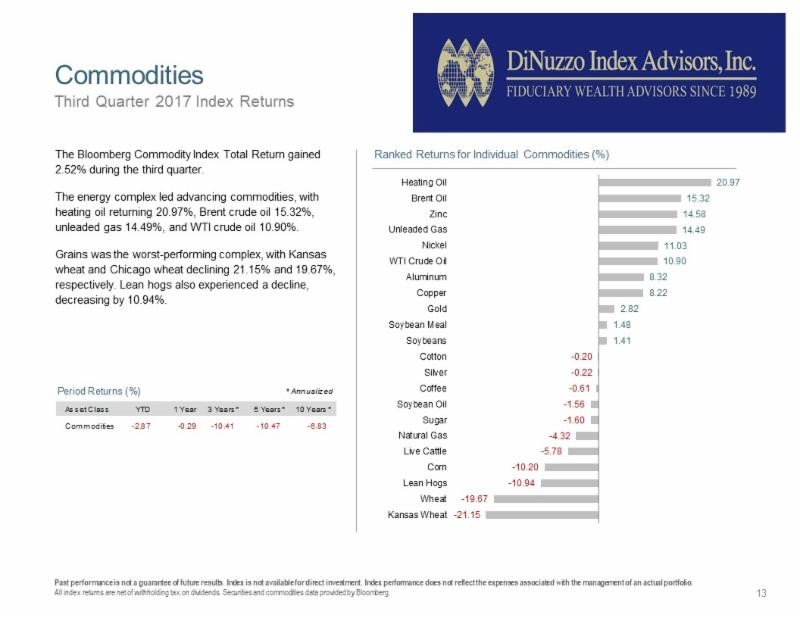 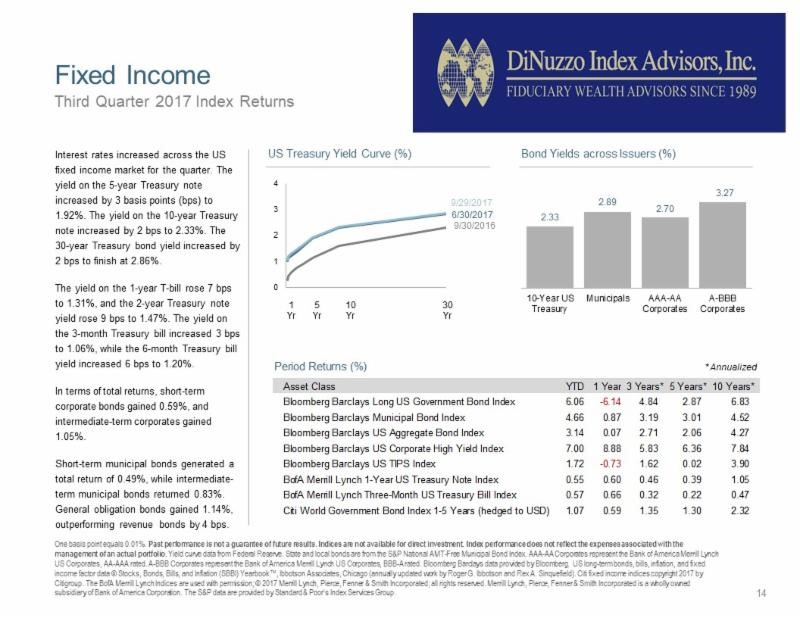 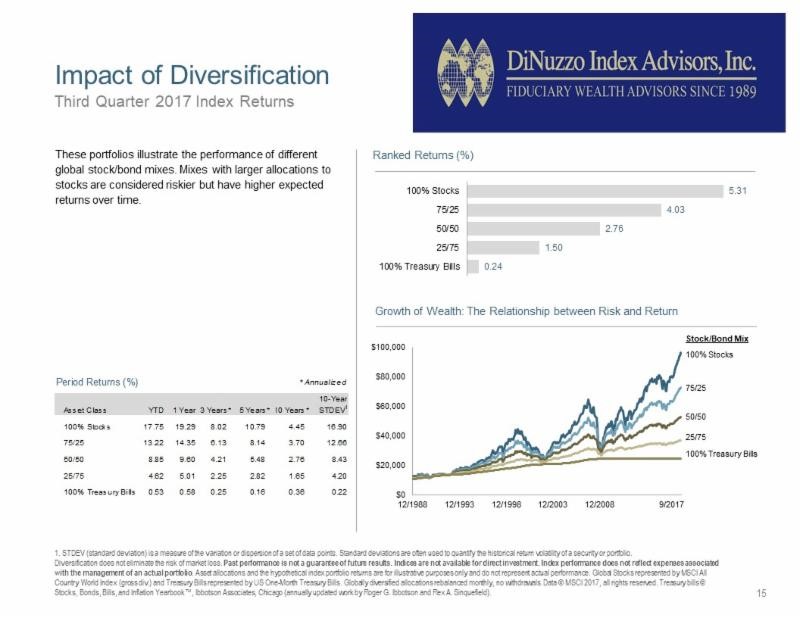 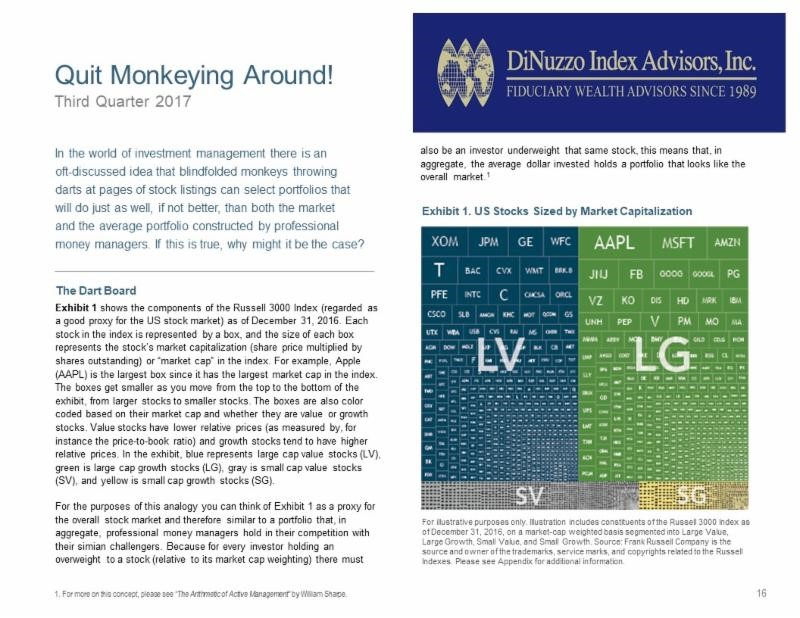 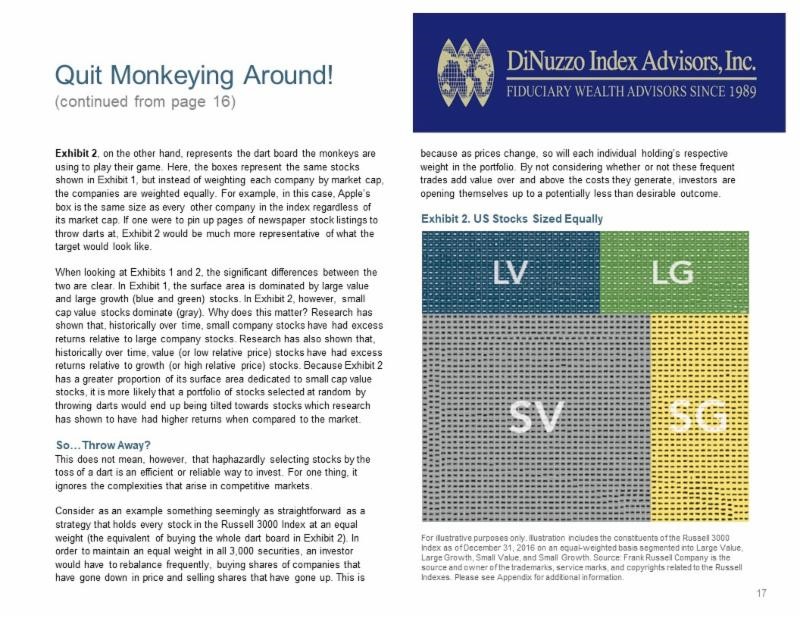 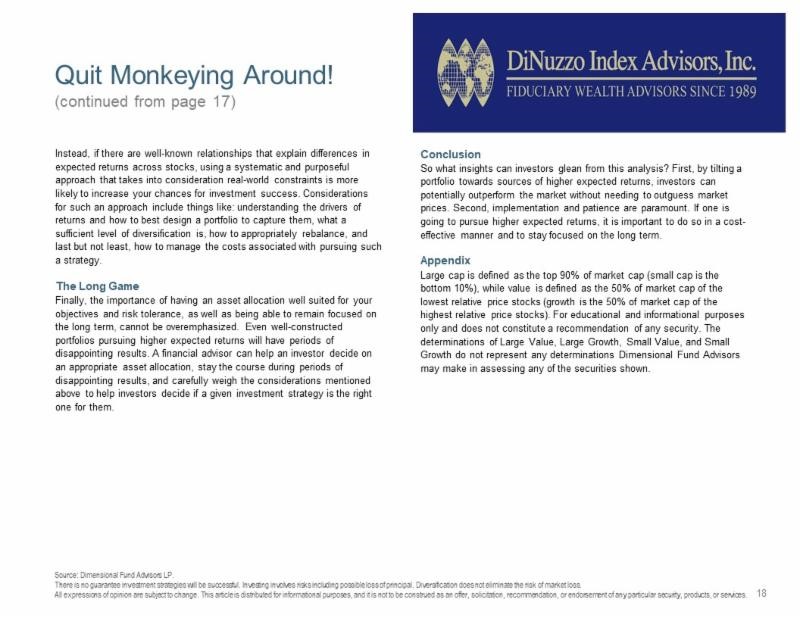