Nobody seems to have a good explanation for it, but American adults are increasingly delaying marriage.  According to the most recent population survey by the U.S. Census bureau, the median age at first marriage in the U.S. is now nearing age 30-29.8 for men and 27.8 for women.  That's up from 27.1 and 25.3 years old back in 2003.

You can see from the graphic that there has been a rather sharp trend toward marrying later in life, starting around 1970, and there is no obvious sign that the trend will level off or reverse itself.  It makes you wonder what the world will be like in another 20 years. 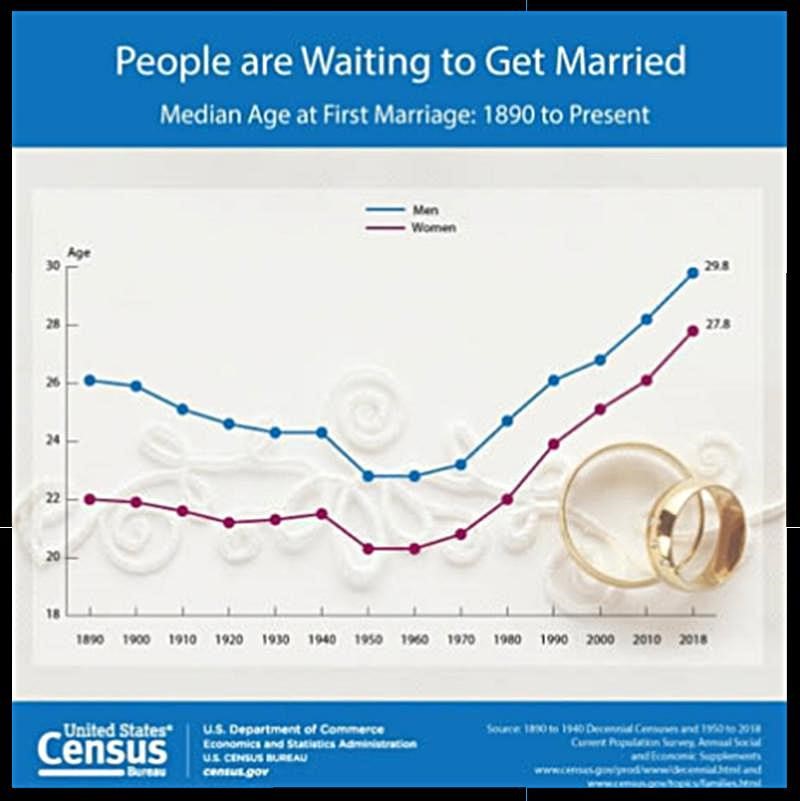