The U.S. equity markets suffered a small setback in the first quarter, but the second quarter brought us back into positive territory.

Large cap stocks more than recovered their earlier losses.  The Wilshire U.S. Large Cap index gained 3.41% over the past three months, to finish up 2.62% for the first half of the year, while the Russell 1000 large-cap index stands at a 2.85% gain at the year's halfway point.  The widely-quoted S&P 500 index of large company stocks gained 2.93% in value during the year's second quarter, rallying to a 1.67% gain so far in 2018.

As measured by the Wilshire U.S. Small-Cap index, investors in smaller companies posted a 7.87% gain over the second three months of the year, and now stand up 7.08% at the half-year mark.  The comparable Russell 2000 Small-Cap Index is up 7.66% for the year.

International stocks are not faring quite so well.  The broad-based MSCI EAFE index of companies in developed foreign economies lost 2.34% in the recent quarter, and is now down 4.49% for the year.  In aggregate, European stocks were down 2.74% over the last three months, posting an overall loss of 5.23% for the year, while MSCI's EAFE's Far East Index lost 3.24% in the second quarter, down 3.33% so far in 2018.  Emerging market stocks of less developed countries, as represented by the MSCI EAFE EM index, went into negative territory for the quarter, down 8.66%, for a loss of 7.68% for the year.

Looking over the other investment categories, real estate, as measured by the Wilshire U.S. REIT index, gained 9.73% during the year's second quarter, and is just eking out a 1.52% gain for the year.

What's going on?  There appear to be several forces fighting for control over the investment markets.  The current bull market started in March of 2009, and seemed to be running out of steam in the first quarter, before a sugar high-the stimulus provided by the recent tax bill-kicked in for companies that have traditionally experienced higher tax rates.  This pushed a tired bull market forward for another quarter, and could do the same for the remainder of the years.  A fiscal stimulus in the ninth year of an economic expansion is almost unheard of, but it is clearly having an effect: economic activity was up nearly 5% in the second quarter, unemployment has continued a downward trend that really started at the beginning of the bull market, and corporate earnings-with the lower corporate taxes factored in-are projected to increase roughly 25% over last year.

The other contestants for control of the economy seems destined to lose this year and possibly start winning in 2019.  The Federal Reserve Board has raised short-term interest rates once again, and has announced plans to continue in September, December, next March and next June.  Meanwhile, the labor markets are so tight that there are more jobs available than workers to fill them.  Won't this eventually force companies to share their profits in the form of higher salaries?  And there are potential problems with the escalating trade war that America has picked with its trading partners that will almost certainly not have a positive impact in the long term.

Bigger picture, the flattening yield curve-where longer-term bonds are closer to yielding what shorter-term instruments are paying-is never regarded as a good sign for an economy's near-term future.  It's worth noting that the financial sector-that is, lending institutions-was one of the economic sectors to experience a loss.  Banks borrow short and lend long, and there isn't much profit in that activity when the rates are about equal.

Beyond that, in a good year, corporate earnings would grow around 5%, so one could argue that the economy is now experiencing five years of earnings growth.  Add these factors to the doddering age of the current bull market, and you have to wonder how long the party can continue.  Nobody knows what tomorrow will bring, but everybody knows that bull markets don't last forever. 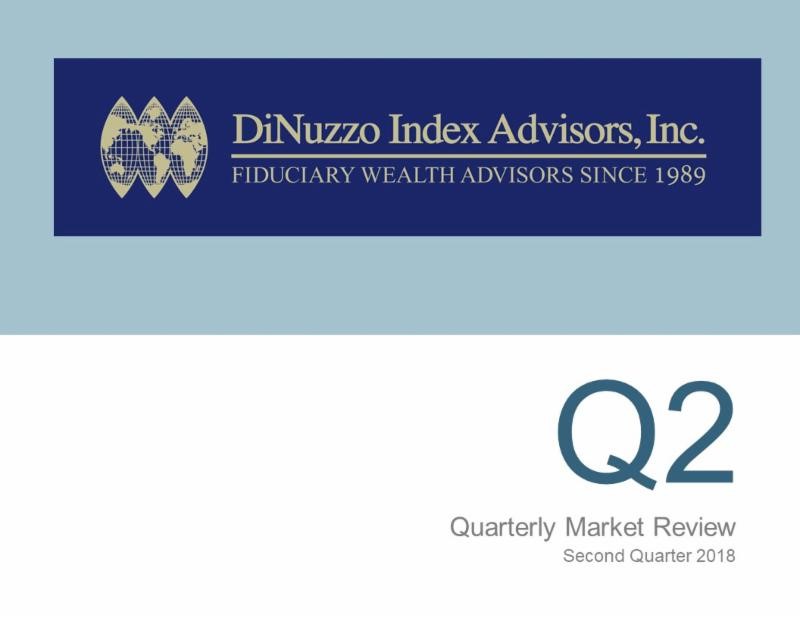 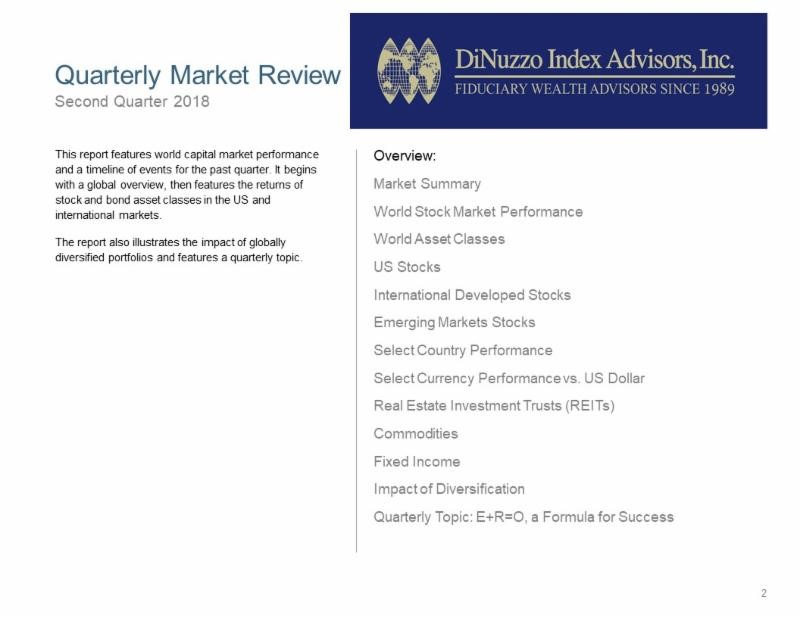 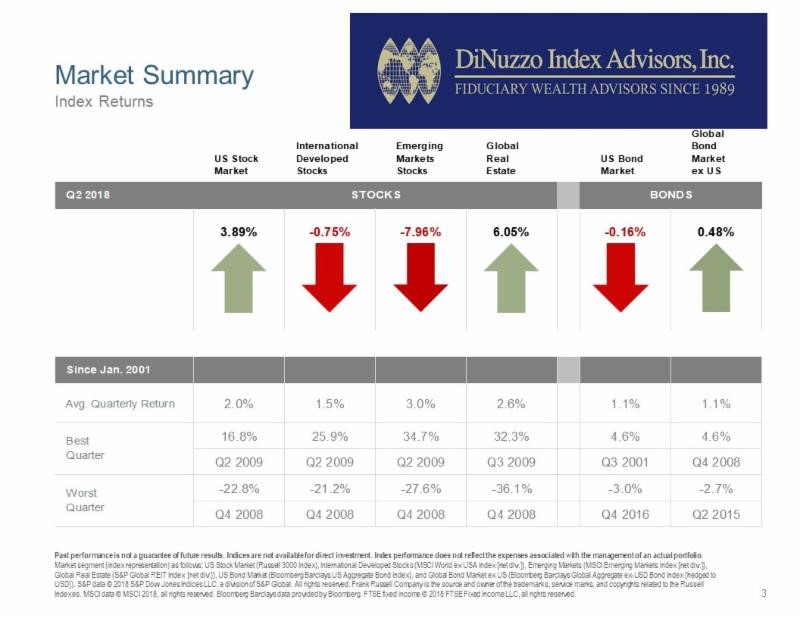 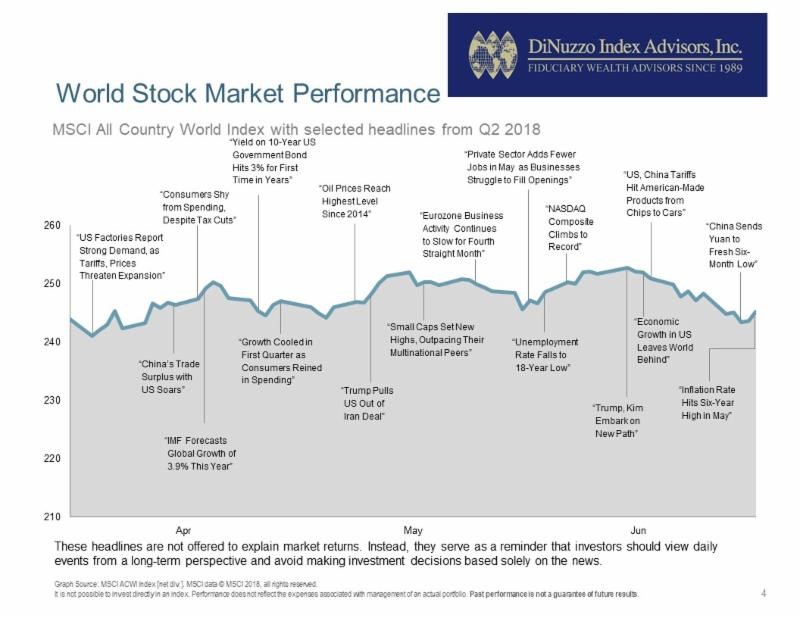 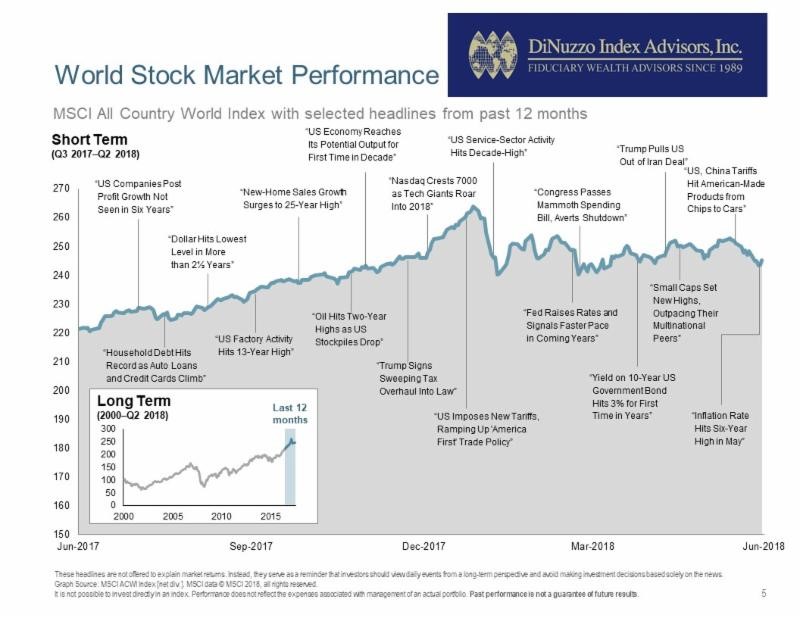 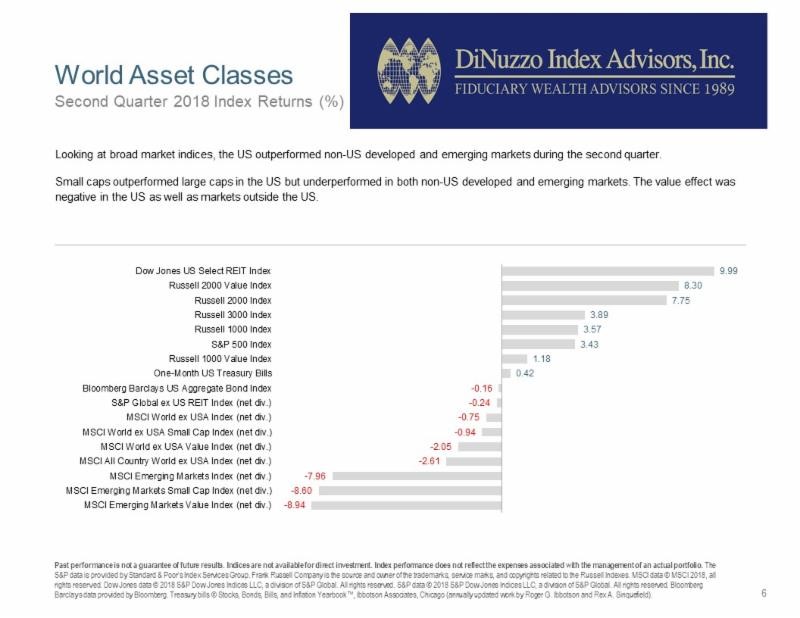 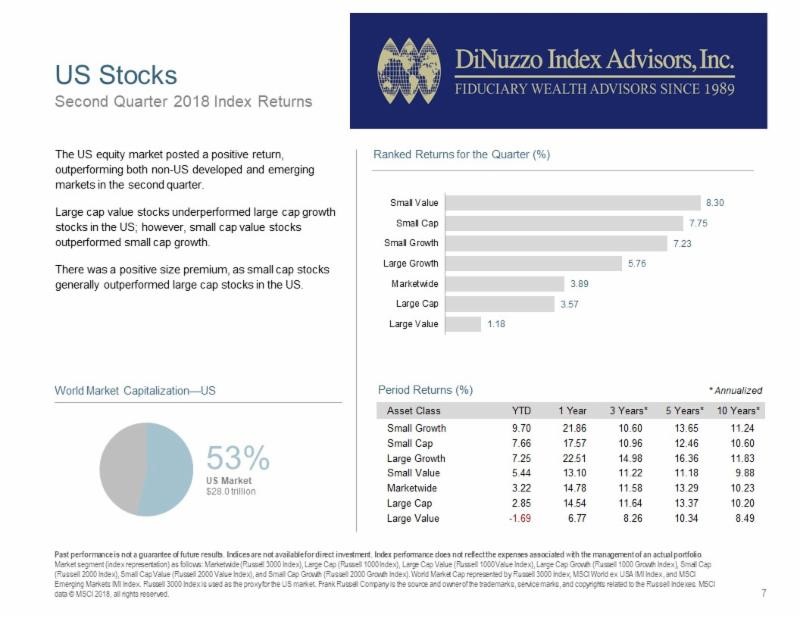 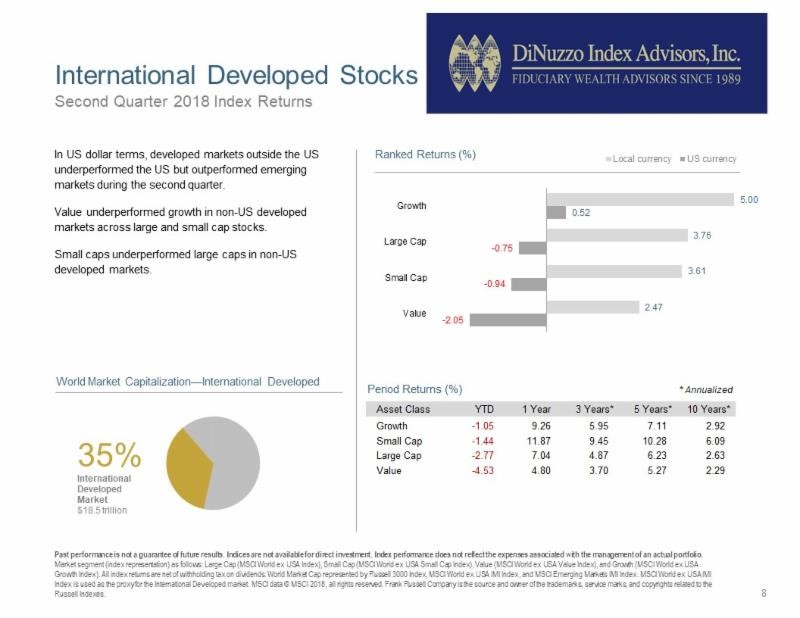 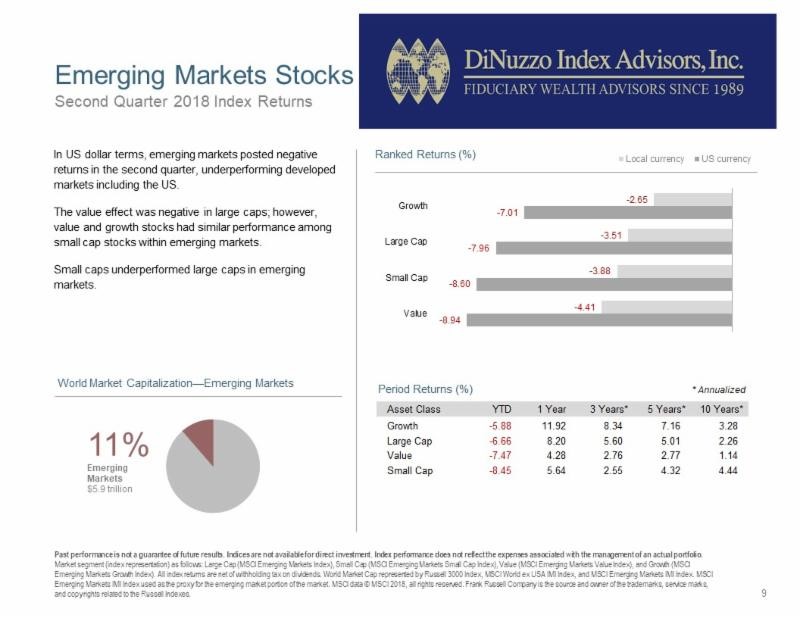 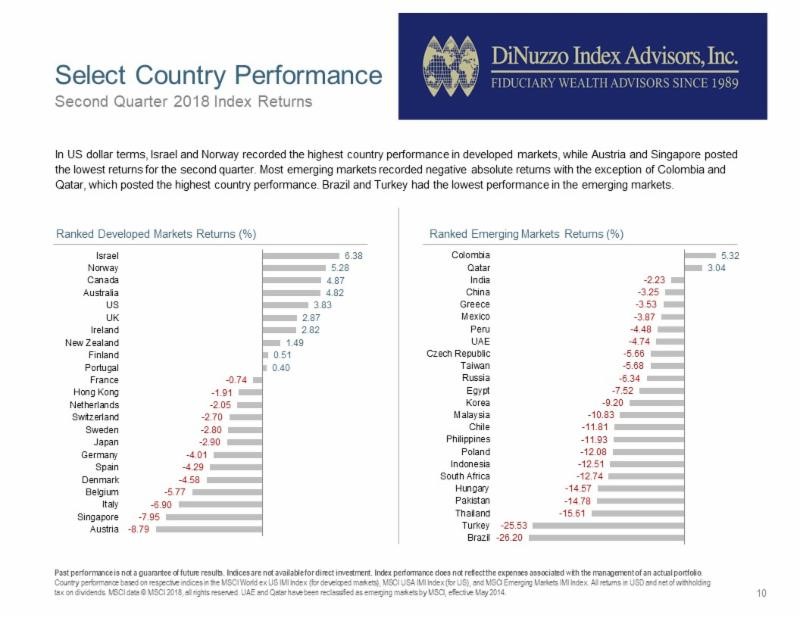 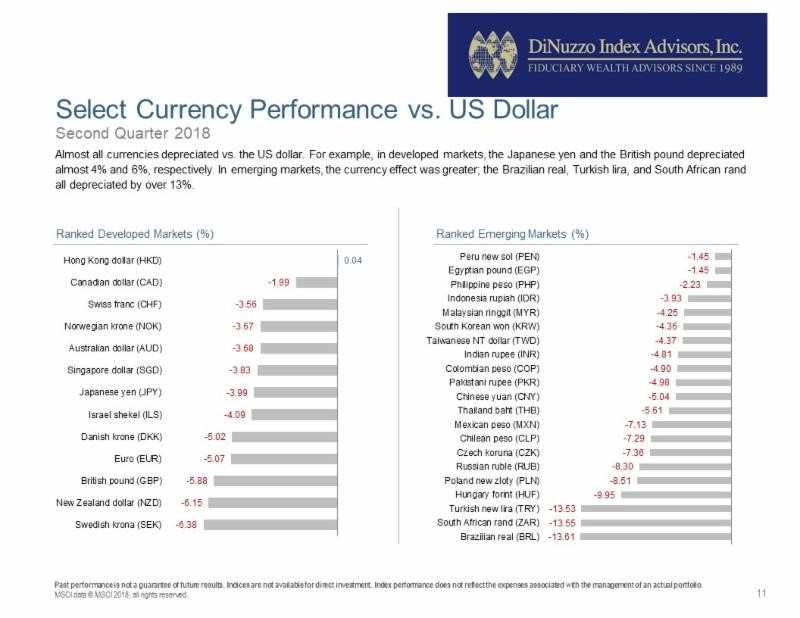 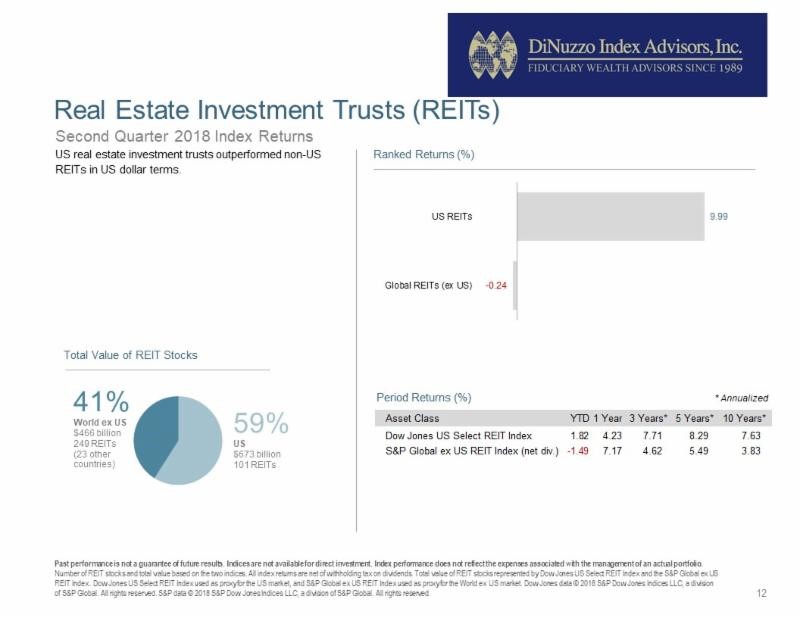 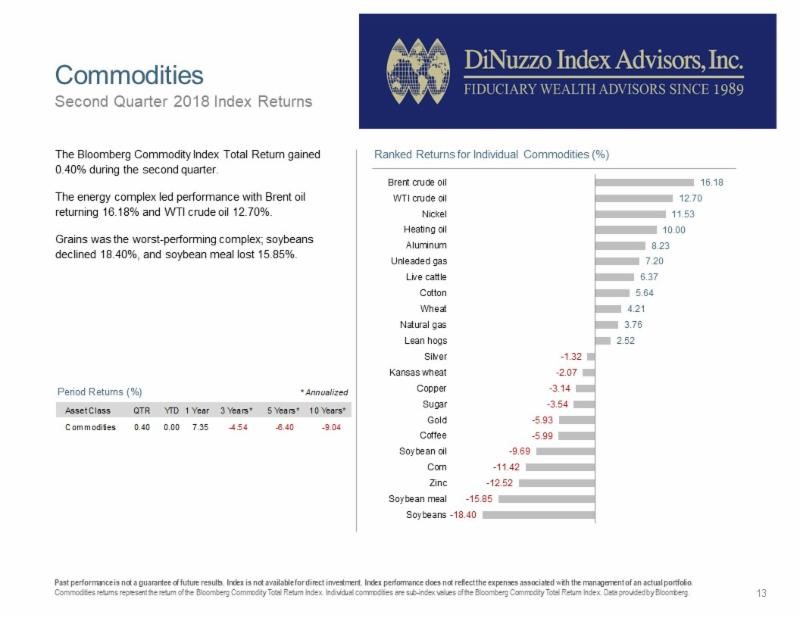 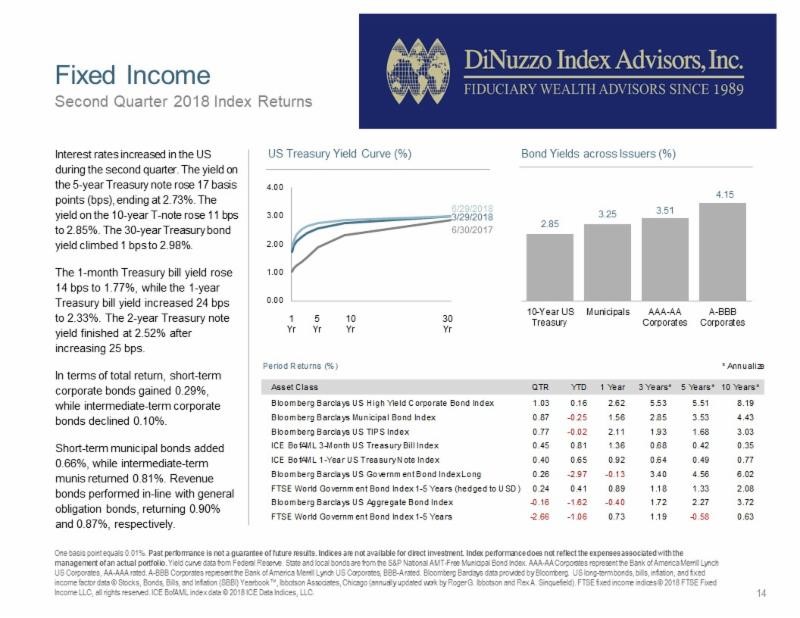 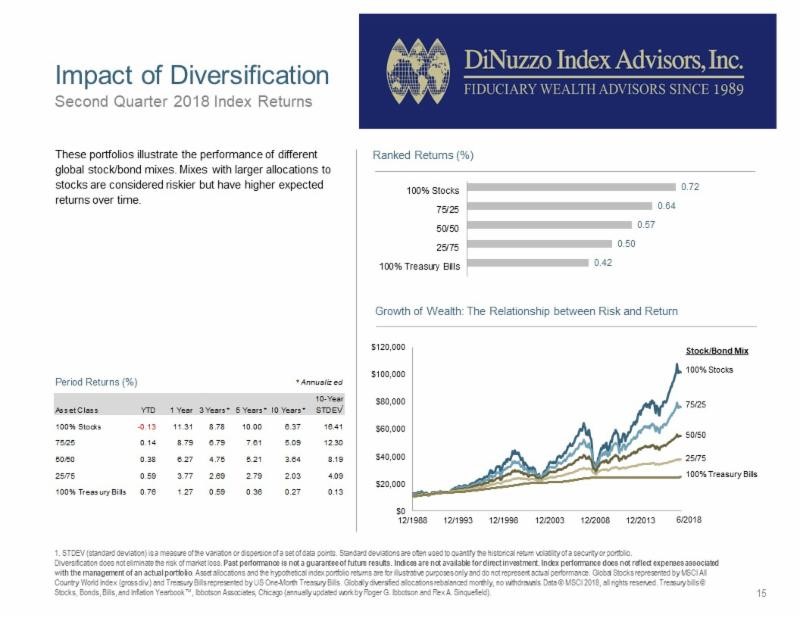 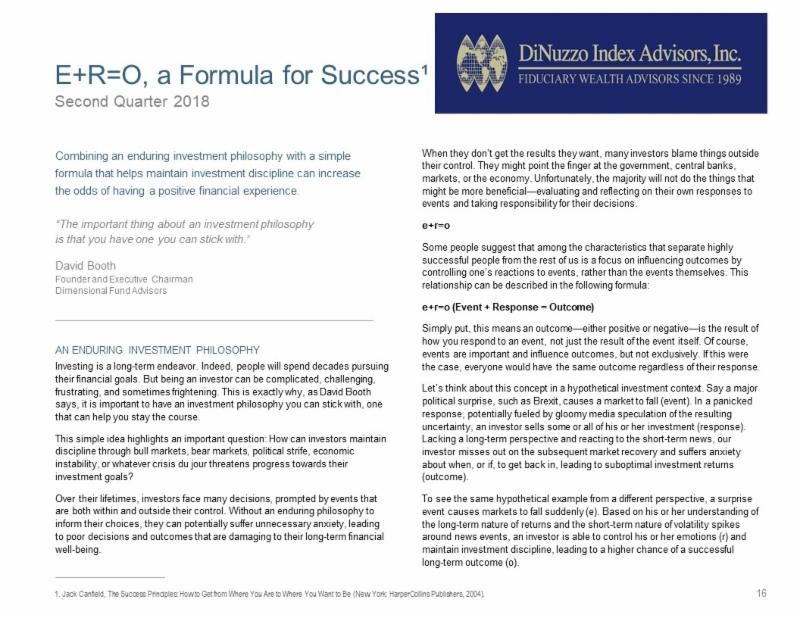 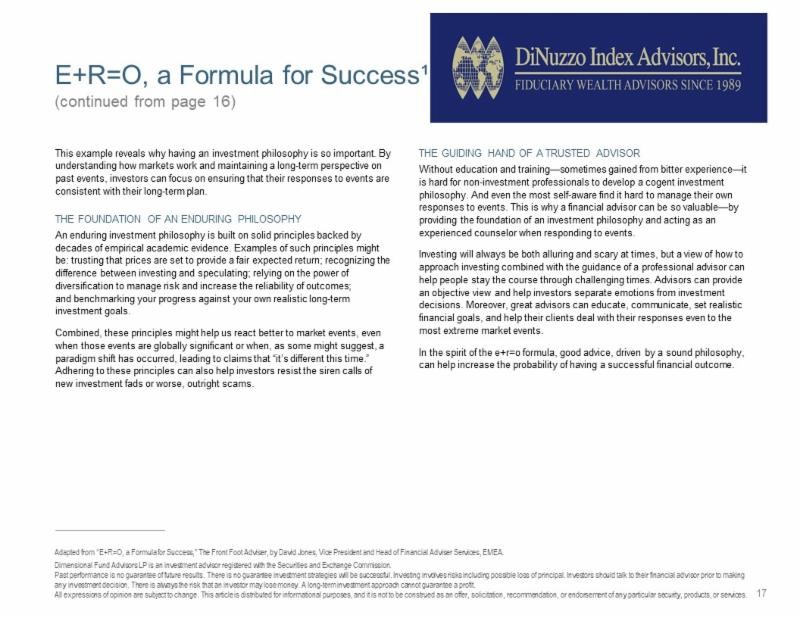