It’s hard to know how relevant this is, but some people are getting unemployment checks, due to the government adding $600 a week, that are higher than the average wage in their state. Until the stimulus program runs out in July, many workers are making more money sitting at home than they would be if they were working from home. 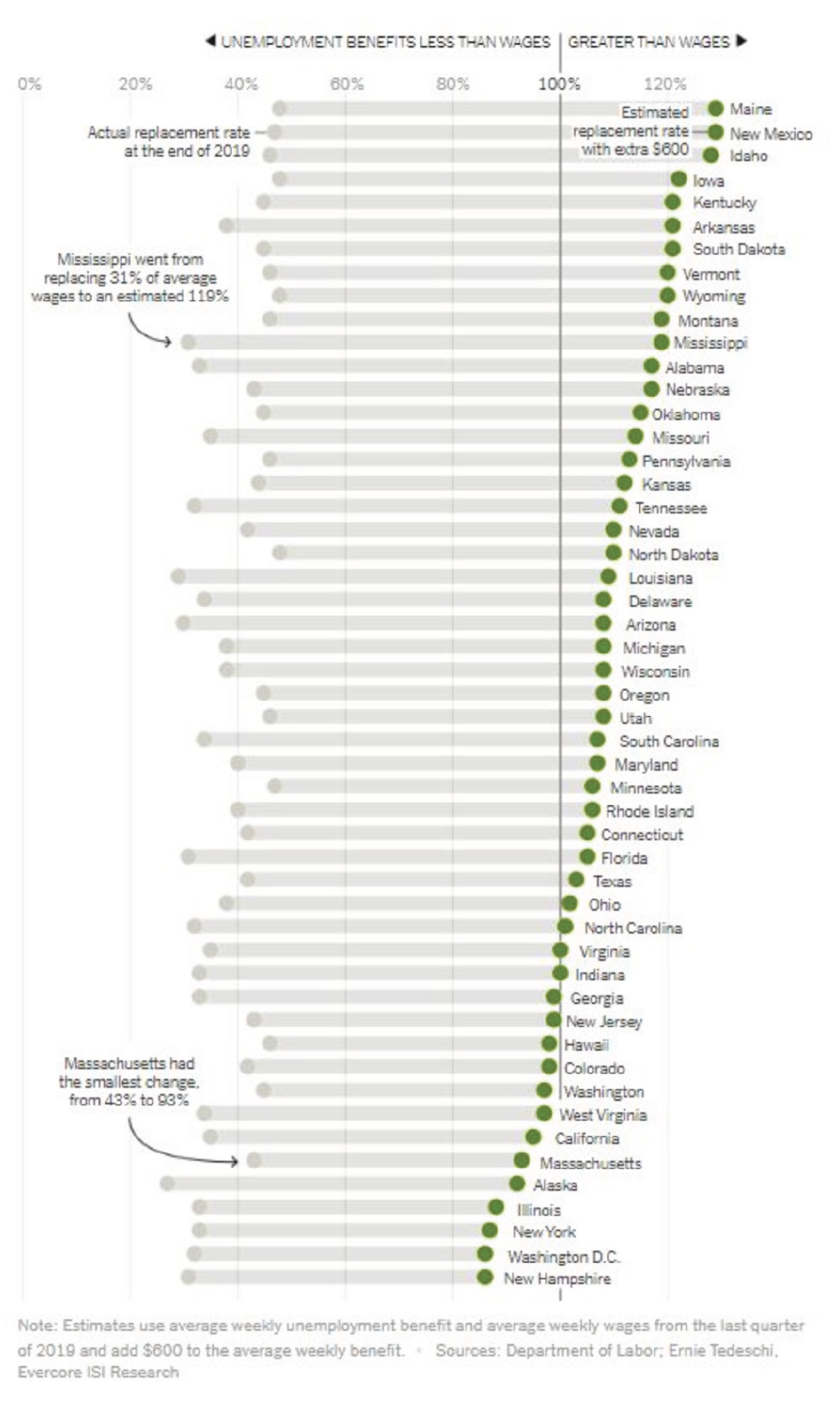 The chart here shows a couple of things. The gray dot at the left represents the unemployment benefit for each state, measured as a percentage of the average wage in that state. So you see that in Maine, people who went on unemployment would collect roughly 45% of the average worker’s wage. The green dots on the right show the same figure with the $600 a week added in; now the same non-worker in Maine is receiving roughly 135% of the average income for the state.

You can see that in most states, the new unemployment insurance payment, when you add in that government benefit, is higher than the 100% replacement rate line going down the rightish side of the graph. Only in Georgia, New Jersey, Hawaii, Colorado, Washington, West Virginia, California, Massachusetts, Alaska, Illinois, New York, Washington, D.C., and New Hampshire is the person on unemployment insurance bringing home less than the state’s average wage.

﻿What does this mean? Maybe nothing. As noted earlier, the stimulus addition to unemployment insurance runs out in July, so people are motivated to get back on a payroll before then. But the graph is also a reminder that many people—indeed, the average worker in virtually every state—was already living on a pretty low wage even before this pandemic hit.