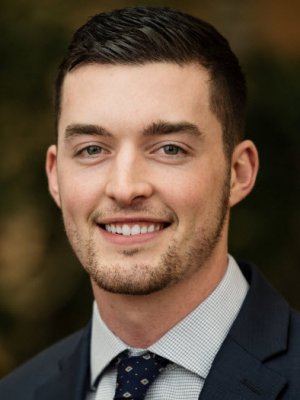 Andrew C. Pursel has been a Wealth Advisor since May of 2019 at DiNuzzo Private Wealth, Inc./DiNuzzo Wealth Management which has operated as an SEC Registered Investment Advisory Firm since 1989 and currently manages $780 million in assets under management as of December 31, 2019.  Andrew initially joined DiNuzzo Private Wealth, Inc./DiNuzzo Wealth Management in May of 2018 as a Financial Planning Intern.  Following his graduation from Robert Morris University in December of 2018 he was hired full-time as a Client Service Advisor and member of the DiNuzzo Financial Wellness LifePlan™ team.  In May of 2019, Andrew became certified as a Wealth Advisor serving as Wealth Planning Team Co-Leader, and in August of 2020 transitioned to Tax Team Co-Leader.

Prior to joining DiNuzzo Private Wealth, Inc./DiNuzzo Wealth Management, Andrew served as a Pro Shop Attendant at Avalon Golf and Country Club.  He was also a camp counselor for Fun In the Sun children’s camp, a summer camp dedicated to special needs children.

Andrew was born and raised in Hermitage, PA.  He maintains an active lifestyle and spends his free time enjoying the outdoors and participating in numerous recreational activities such as golf, basketball and skiing.