Many of President-Elect Donald Trump's policy proposals are too vague to analyze, but one area where he has been clear is on reforming

our tax system.  Here's a quick primer on the changes that you can expect to be introduced to Congress in the coming year.

1) A shift from seven income tax brackets to three:

The 3.8% Affordable Care Act tax on the lesser of net investment income or the amount by which your AGI exceeds $200,000 would also be eliminated.

Strategies?  If you believe the first 100 days will involve the promised tax changes, and that rates will be lower next year than this, there are a variety of possible ways to take advantage.  The simplest is to shift income from calendar 2016 into calendar 2017, and aggregate as many losses and deductions as you can into calendar 2016.

You might also find an IRA rollover into a Roth to be suddenly less advantageous.  Why?  If rates in the future are lower than rates today, it would be more expensive to pay ordinary income tax on the amount converted today than it would to pay taxes at the future lower rate.  This is less certain, however, since there may be several different Presidential administrations (and changes in tax law) between now and when the money comes out of your retirement plan.  A better strategy might be to wait and see if President Trump does give us lower tax rates, and then consider a Roth conversion during that window-especially if the tax giveaway looks like it might bust the federal budget, necessitating higher rates in the future.

Meanwhile, the Trump plan would repeal the estate tax altogether, but any capital gains above $10 million would be taxed-that is, no step-up in basis, with exemptions for small businesses and family farms.  People would no longer be allowed to deduct a charitable donation of the full market value of appreciated assets.  (You can get a look at the relationship between marginal tax rates and income in the two accompanying graphics.) 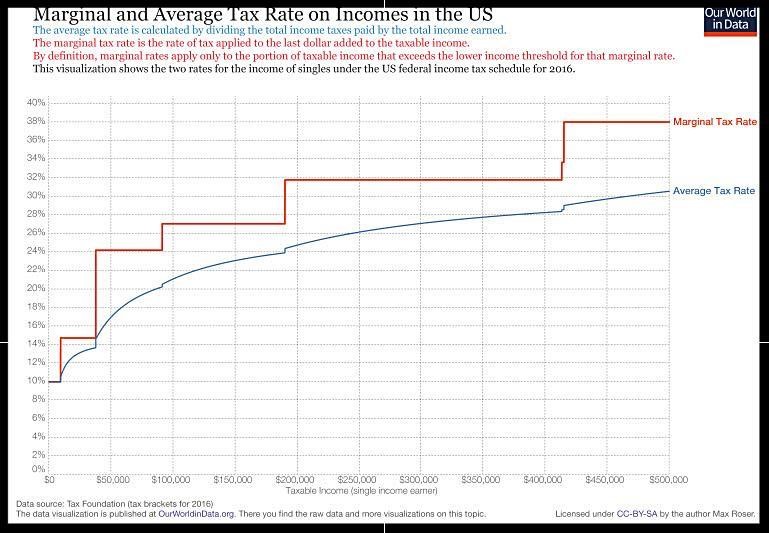 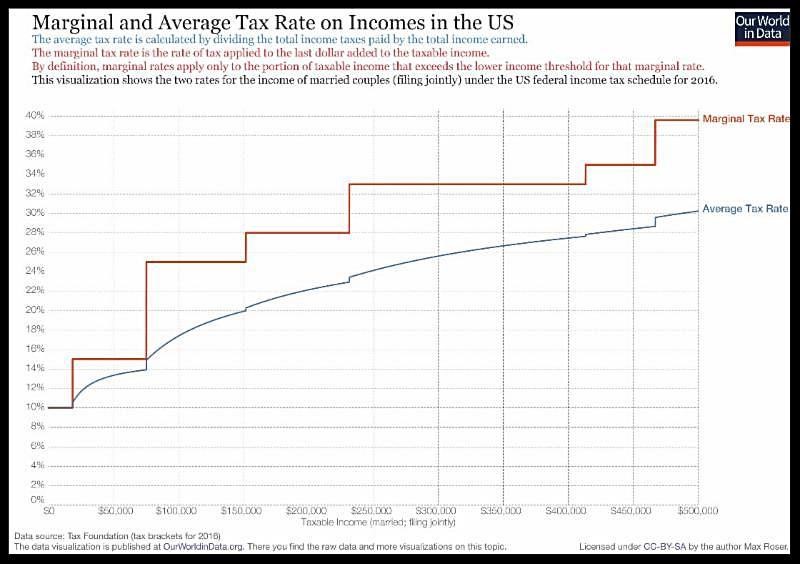 Who wins?  The truth is that most estates aren't taxed under the currently generous estate tax exemption anyway, so for most people this won't have a big impact.

Strategies?  For people who ARE looking at paying estate taxes someday, the best advice may be to wait and see.  This provision, if enacted, could open a window for individuals to transfer their wealth to heirs tax-free before some future administration decides to reinstate estate taxes.

How likely are these things to happen?  There's never any certainty that a wish list will make it, unscathed, through Congress, particularly a Republican Congress that has expressed concerns, in the past, about paying for any tax cuts they create.  For many Americans, the next year or two will be a great time to consult with a tax professional.