But as you can see from the accompanying chart, Internet access is much lower in places like Ethiopia (just 8% of adults accessing the Internet), Uganda (11%), Pakistan (15%), and even India (22%), Mexico (54%) and China (65%) are surprisingly low.  Russia, at 72%, actually ranks as one of the world's leaders, although Internet access is not yet ubiquitous as it is in the more developed nations. 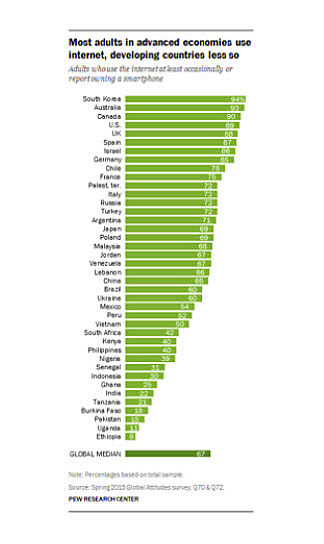 The research found, as you might expect, a very strong correlation between country wealth (as measured by per-capita GDP) and internet access.  (See chart)  But a separate part of the study shows that some of the world's poorer countries are rapidly increasing their internet usage.  In Turkey, Jordan, Malaysia, Chile and Brazil, the percentage of adults using the internet increased by double digits from 2013 to 2015. 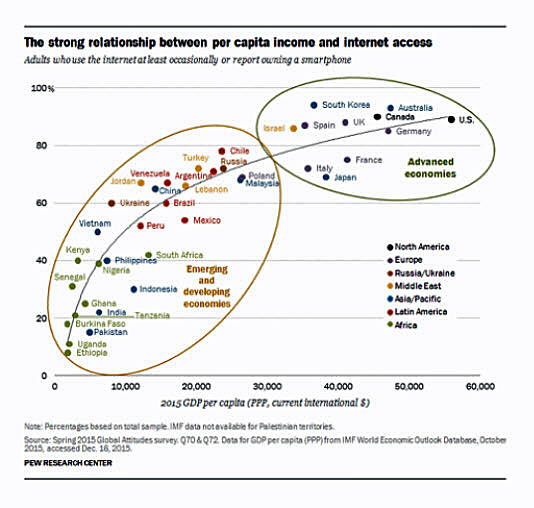 And not surprisingly, the study found that everywhere they looked, younger people age 18-34 were more likely than people over age 35 to say they use the internet or own a smartphone.  Some things are consistent across cultures.