Most people tend to be optimistic about the future, and 2018 is apparently no exception.  An online survey conducted by the Ipsos organization in 28 different countries found that 76% of global citizens think 2018 will be a better year than 2017.  Overall, Latin Americans are the most optimistic this year and Europeans are the least. 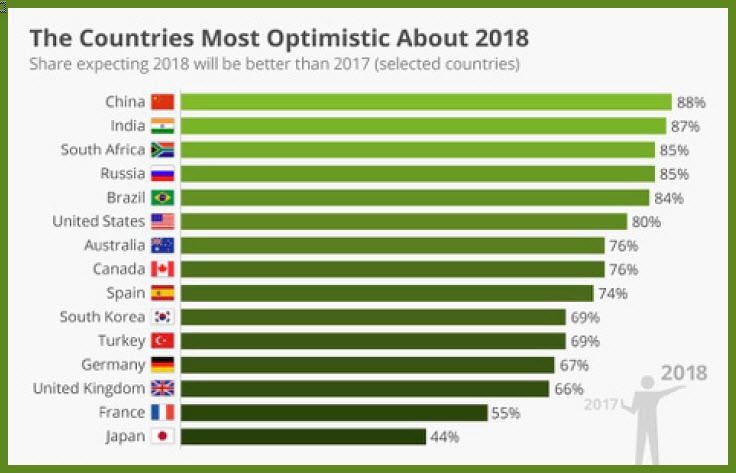 As you can see from the accompanying chart, Chinese and Indian citizens-who happen to participate in two of the most rapidly-growing economies in the world-are the most optimistic, with 88% and 87% respectively feeling upbeat about the coming year.  You might be surprised to see that Russians are more optimistic than Americans this year (does Putin have a health issue we don't know about?), or that the French and Japanese are the most pessimistic by a wide margin.