The accompanying chart tells the story, and the first thing you notice is how much more money the recent Presidential campaigns raised (and spent) than those back in the 1960s through 1990s.  The Obama campaigns greatly outraised the McCain and Romney candidacies, and George W. Bush outraised Al Gore and John Kerry in their electoral contests. 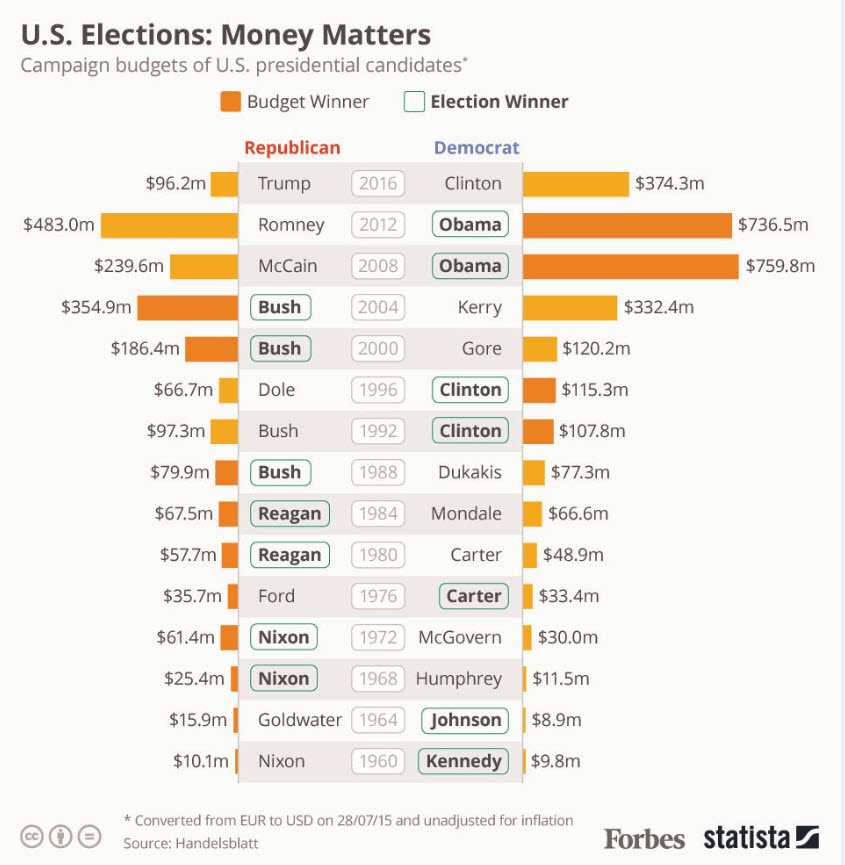 So far, the Clinton campaign is outraising Team Trump by a 3:1 margin.