The robots are coming for your job, and eventually they're going to get it.  Right?

Maybe not.  A new report by the OECD (the Organization of Economic Cooperation and Development)-an intergovernmental economic organization with 36 member countries-has concluded that only 14% of jobs in developed countries are "highly automatable."  This would translate to about 13 million members of the U.S. workforce-far fewer than predicted by other, more sensationalistic studies, but still a significant bite out of employment.  The impact will be particularly damaging to groups already under threat in today's labor markets:  low-skilled workers and the young.  Particularly at risk: employment in sales and personal services, which provide jobs for 34% of workers age 20 and below.

The graphic shows which jobs are most, and least, susceptible to automation, and the size of the circle shows the rough number of the people affected.  Computer and mathematical whizzes, corporate managers and sports stars are least likely to be replaced by a machine.  But people in office administration and support might consider getting some additional training-sooner rather than later. 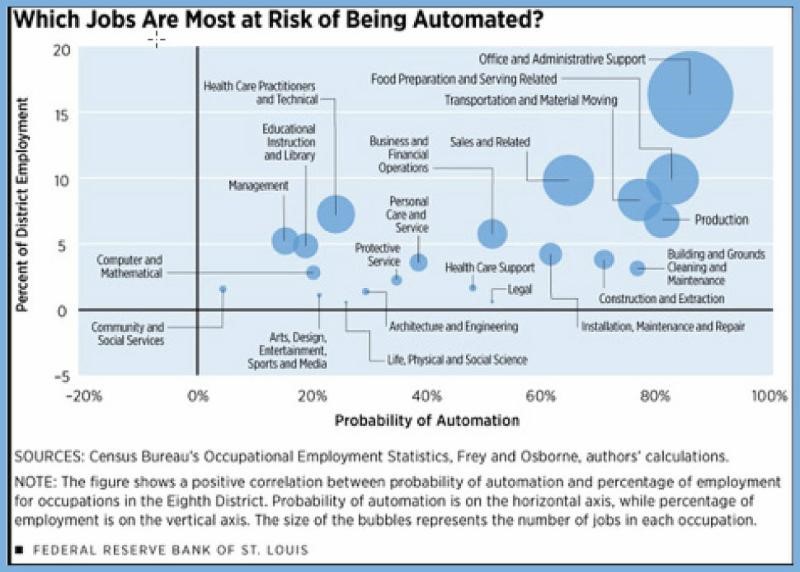