Volatility Is Up. Or Is It?

Volatility Is Up.  Or Is It?

Professional investors know something that most people find impossible to believe: that the threat of scary ups and downs in the

markets is by far the best friend of the long-term investor.  Why?  Because over the long term, stocks have provided returns far higher than bonds or cash.  If it weren’t for the occasional dizzying gyrations, any rational investor would put his or her money where the highest returns have been.  Right?

This appears to be one of those times--a time when non-professional investors are reminded of the reasons why they have this lingering fear of the stock market.  Since the end of September, the S&P 500 index has done something regularly that it normally does infrequently: moved more than a full percent up or down in a single day.  Consider the recent pattern this month: 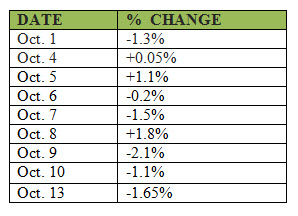 Contrast this to the calm before the storm: earlier this year, the markets experienced 42 consecutive days without a single 1% price move, and the accompanying chart shows that this is far from the record. 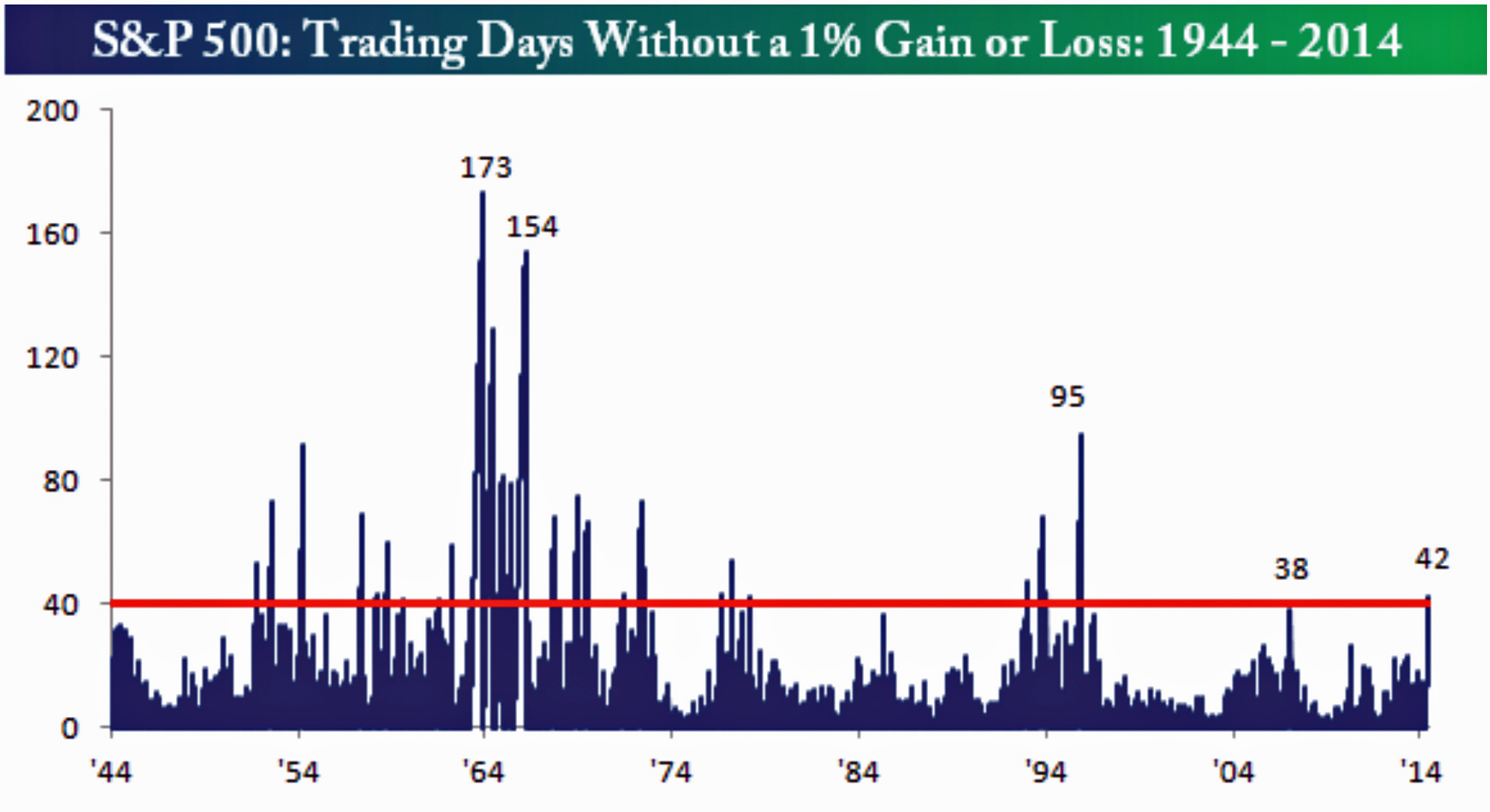 The question we should be asking ourselves is: why are we paying such close attention to daily market movements?  Why are we allowing ourselves to fall for the trap of getting anxious over short-term swings in stock prices?

The second chart shows the growth of a dollar invested in the S&P 500 at the beginning of 1950, with dividends reinvested, compared with a variety of alternative investments which have not provided the same returns.  (Note that small cap stocks, which are more volatile, have done even better.)  The chart also shows all the scary headlines that the markets managed to sail through on the way to their current levels--all of which are scarier than the things we’re reading about today.

This is not to say that the markets won’t go lower in the coming days, weeks or months; in fact, we are still awaiting that correction of at least 10% which the markets delivery with some regularity on their way to new highs, which has been long-delayed in this current bull market.  The thing to remember is that the daily price of your stock holdings are determined by mood swings of skittish investors whose fears are stoked by pundits and commentators in the press, who know that the best way to get and hold your attention is to scare the heck out of you.  What they don’t say, because it’s boring, is that the value of your stock holdings are determined by the effectiveness of millions of workers who go to work every day in offices and factories, farms, warehouses, power plants and research facilities, who slowly, incrementally, with their daily labor, build up the value of the businesses they work for.

The last time we checked that incremental progress hasn’t stopped.  The economy is still growing.  You won’t get a daily report on the value of the stocks you own; only the daily, changing opinions of skittish investors.  But if you take a second look at the growth of an investment in stocks over the long-term, you get a better idea of how that value is built over time, no matter what the markets will do tomorrow.